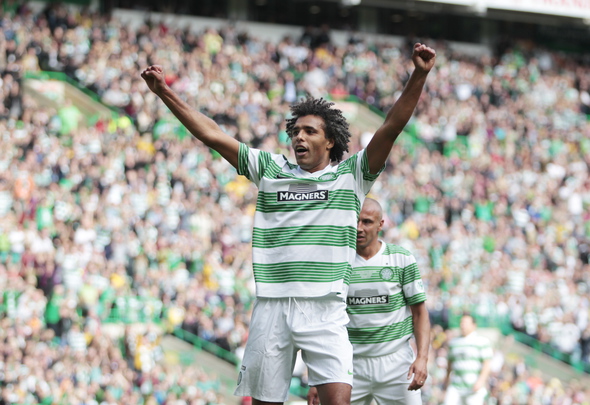 Pierre van Hooijdonk firmly believes that Celtic won’t miss out on the chance to making Scottish football history, and will win the treble for the second season in a row by defeating Motherwell in the Scottish Cup Final.

The Dutchman, who scored the winning goal for the Hoops in the 1995 Scottish Cup Final, thinks that the Hoops have the kind of players in the squad who can take the game by the scruff of the neck and control the match from the start.

“Celtic have the ability to grab any opponent by the throat from the first minute and I think their class will shine through against Motherwell.” he said, as quoted by the Scottish FA website.

If the Hoops do win the cup, they will become the first team in Scottish football history to win the domestic treble two seasons in a row, which would be a remarkable achievement.

This game will be all about attitude for the Hoops. If they turn up from the first whistle of the game, as van Hooijdonk believes that they will, then there should only be one winner on the day. But if they don’t apply themselves fully, as has happened often this season, then the Hoops could come unstuck against a Motherwell side who will undoubtedly be up for the match, and they have caused the Bhoys problems this season, drawing two of the three league matches between the teams this season. Thankfully for the Hoops support, Brendan Rodgers has managed to get performances out of his players for all of the big games they have played in his time as the Hoops boss, and if he is able to get the players to perform to the best of their abilities then the Bhoys should make history and become the first team to win the treble two seasons in a row.

In other Celtic news, Jack Hendry has praised one of his team-mates