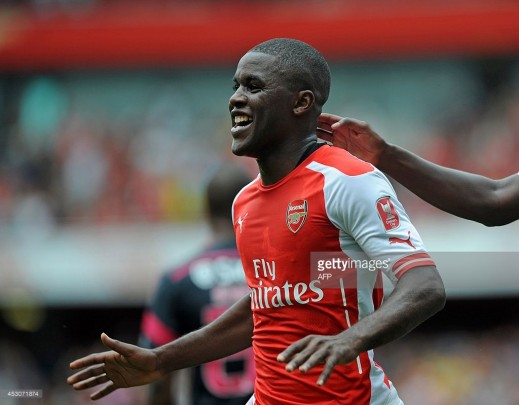 Joel Campbell has insisted he does not want to leave Arsenal this summer amid responds Arsene Wenger wants to sell him.

The versatile forward, who can also operate on the wings, scored three goals for the Gunners last season, but started just 11 games with a further eight appearances off the bench.

Spanish outlet Estadio Deportivo reported last week that the Costa Rican forward has no choice but to leave the north London club, despite his manager showing him years of loyalty after he failed to live up to his potential as a youngster.

It is said that Spanish giants Valencia are the early front runners for his signature should a move away from the Emirates transpire.

“There are always rumours, but I don’t talk about those things,” Campbell posted on his personal website in response to speculation about his future. “I focus on doing my thing, which is to train day to day, to fight and to try to give my best.”

The former Villarreal player has played in 40 matches for Arsenal and has scored four goals and provided six assists along the way.

He joined Arsenal from Spanish side Deportivo Saprissa in 2011 on a five-year deal, but only obtained a work permit in 2013.

Campbell has subsequently signed a new contract that runs until 2018.

In other Arsenal news, Napoli have refused to move on their valuation of Argentine striker Gonzalo Higuain after telling potential suitors they would need to match the forwards £79million buy-out clause in order to secure his services, according to a report.