Kevin Campbell has heaped praise on the “brilliant” Mat Ryan after the Arsenal goalkeeper made his debut in a 1-0 loss at Aston Villa.

The former Gunners and Everton striker, speaking exclusively to Football Insider, said it is “great” to have the 28-year-old fit to deputise for the suspended Bernd Leno.

Ryan made his first appearance for Arsenal, his boyhood club, on Saturday following a January loan move from Brighton.

Wanted it so badly to be the perfect start with a win and clean sheet, gutted it didn’t eventuate. Proud moment today, but already focused on our next objective(s). Thank you all for the wishes for my debut and the warm welcome. @Arsenal pic.twitter.com/ue4H2QAPVA

It was a nightmare start for the Australia international after he conceded just two minutes into his debut.

However, Ryan responded well  – he made seven saves and completed all nine of his attempted passes, as Mikel Arteta’s side slipped to defeat at Villa Park. (Wyscout)

When asked for his thoughts on the January signings debut for Arsenal, Campbell told Football Insider: “Mat Ryan’s return was brilliant.

“I have to give Runarsson a lot of credit because he came on in a difficult environment in midweek and did well. But he is the third choice.

“Mat Ryan being fit is great. We need him in between the sticks right now.” 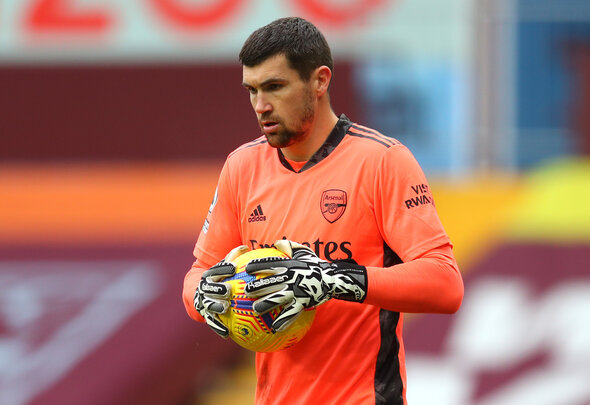 Speaking after the 1-0 loss at Villa, Ryan said: “It felt good to be out there though, I loved being out there.

“It still hasn’t quite sunk in that it’s my childhood club that I grew up supporting that I’ve just played for but I’m sure it’ll start to sink in a bit now that I’ve got a moment to reflect on it.”

In other news, Kevin Campbell delivers his verdict on West Brom signing Ainsley Maitland-Niles on loan.