Footage showing Rodrigo Moreno back in training is a “huge boost” ahead of the Leeds United weekend clash against Arsenal.

That is according to former Gunners striker Kevin Campbell, speaking exclusively to Football Insider correspondent Dylan Childs about the Spain international he knows well from working as a La Liga pundit.

Rodrigo has posted a short video on his personal Instagram account from Leeds’ Thorp Arch training headquarters with the caption “work”. 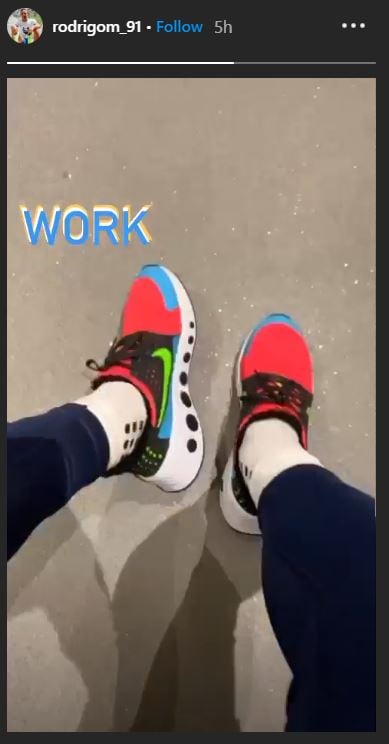 The 29-year-old has returned to training following a period of self-isolation after coming into close contact with somebody who tested positive for Covid-19.

Leeds’ record signing missed the 4-1 defeats to Crystal Palace and Leicester City as well as Spain’s internationals with Netherlands, Switzerland and Germany.

“Rodrigo is a star player,” Campbell told Football Insider. “From Valencia, he is a top player. He is still finding his feet in the Premier League.

“We know of his quality but we also know that he is new. He is a fantastic addition for Leeds and it has a huge boost to have him back but I think it will take time before we see him at his best.

“Hopefully he won’t be as dangerous in this game against Arsenal as he is moving forward.”

Rodrigo has started just three of Leeds’ eight Premier League matches this season but made a sound impression.

He scored in the 1-1 thriller against Man City and has provided some knowhow and class to an attack lacking in top-level experience.

In other news, a Leeds United defender has been tipped to become a massive star by insider who “knows for a fact”.