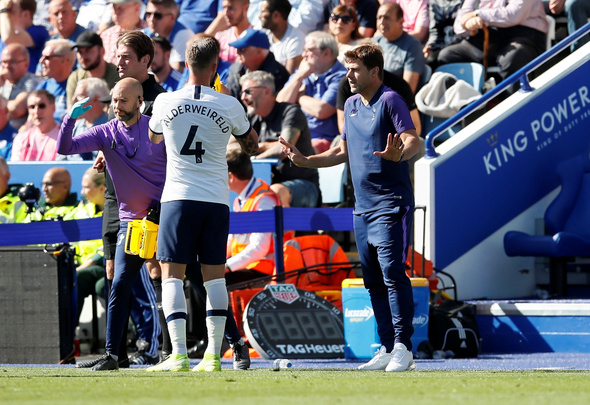 Speaking exclusively to Football Insider assistant editor Russell Edge, the former Spurs and England striker says that the Danish international should be playing week in, week out when fully fit and that he needs to feature regularly to hit top form.

Eriksen started Tottenham’s Champions League game against Olympiacos in midweek but struggled against the Greek giants, his passing accuracy lacking in comparison to his usual high standards.

Bent insists that Olympiacos’ high levels of pressure were the cause of his off-day and that he should have been starting against the Foxes on Saturday.

Bent told Football Insider: “We didn’t see him on the ball like we’re used to seeing him do (v Olympiacos), he was giving the ball away but I thought that was down to Olympiacos’ pressing. They upped their game.

“For me, when Eriksen’s fit, he’s got to play, I’d play him week in, week out. You see when he’s not there they have barely any creativity. When you come up against teams like that, who are pressing high and running all over, it’s difficult for him to get involved.

“He needs to be involved in games, be on the ball the time. He does work hard, you cannot question him for that, but he needs to get on the ball and make things happen.”

Pochettino started with an attacking line up of Heung-min Son, Harry Kane and Erik Lamela, the English hitman opening the scoring just before the half-hour mark.

Tottenham’s next game sees them take on Colchester United in the League Cup.

In other Tottenham news, Alan Hutton has told Football Insider that one man’s comments at Spurs are “worrying.”