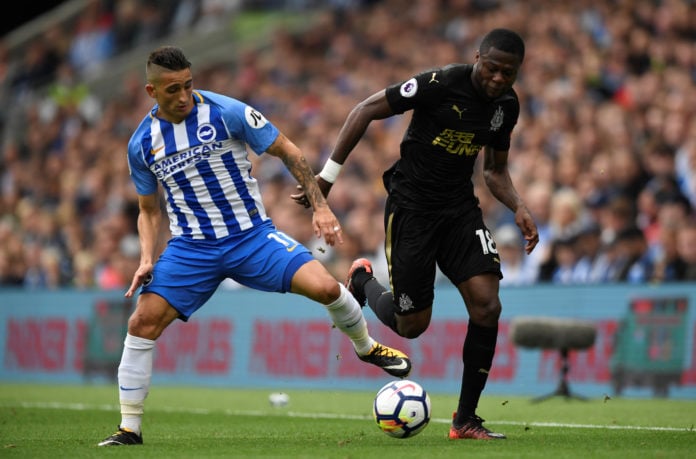 Newcastle United are set for a summer of transition as they look to lift their aspirations from mere Premier League survival to pushing up the table on a regular basis.

The Magpies have arguably overachieved with their current 10th place finish, and even if they were to drop down to 14th on the final day of the season, the lowest place they can realistically fall to, it would still represent a huge achievement for Rafael Benitez and his side.

The club were among the lowest spenders in the transfer window last summer and brought just three loanees to the club in January, when a relegation battle seemed firmly on the cards.

An upturn in form meant that Benitez and his men were safe heading into the final weeks of the Premier League, and also signalled some rotation from the Spaniard, bringing fringe players into the starting XI to prove themselves.

However, one man who has been missing for nearly all of 2018, minus one FA Cup appearance, has been Chancel Mbemba – and his future looks bleaker than anyone’s on Tyneside.

The 23-year-old defender has not been seen in the first team squad for a league game since a substitute appearance on the 30th December, and considering that Massadio Haidara, a man who has not featured once in the top flight this season and has a contract that expires this summer, is getting ahead of him in the senior side – making a shock appearance on the substitute’s bench against Tottenham on Wednesday – it proves Mbemba’s career is dead in the water.

The international defender had not looked too bad in his performances, but whatever has gone on behind the scenes seems to have determined his fate with his exit a near-certainty, and his sale will help fund the signing of new recruits in summer.

In other Newcastle United transfer news, the club have green lighted the exit of a senior mainstay on one condition.