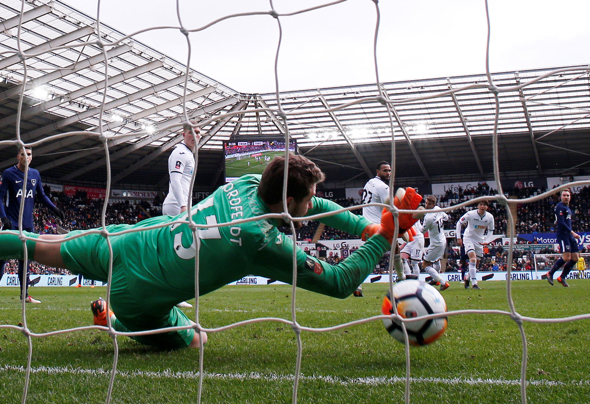 Tottenham booked their ticket to the FA Cup semi-finals with an easy win over struggling Swansea at the Liberty Stadium on Saturday afternoon.

Two goals from Christian Eriksen and a beauty from Erik Lamela fired Mauricio Pochettino one step closer to his first trophy with Spurs.

And they’ll play the semi-final (and hopefully final) at their home ground now, with both ties set to play out at Wembley.

The portents are good for Spurs and fans will be desperate for them to salvage something from this season, lift a trophy and get that particular monkey off their back.

Back to today’s game though and, despite a commanding win, there were several big talking points from the action – not least the fact that one Tottenham player’s career appears to be in tatters after backtracking from Pochettino led to him making a huge decision.