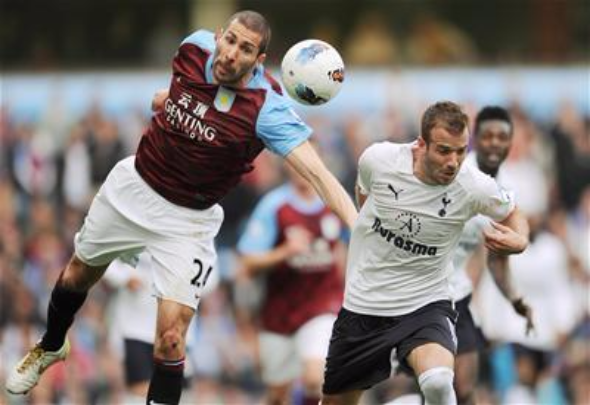 Carlos Cuellar reacted to Aston Villa’s Twitter post on Monday afternoon showing the former defender scoring during a 5-1 victory over Bolton in 2009.

The club ran it’s popular ‘on this day’ feature on it’s official Twitter page, with a match at Villa Park showcased between the Villans and Bolton.

Cuellar, who departed the club in 2012 after four years at Villa Park reacted to the video with “very good memories” alongside the hearts in eyes emoji and praising one.

The now 35-year-old is still playing football and is currently in the Israeli Premier League with Maccabi Petah Tikva.

He made 123 appearances during his time with Aston Villa and starred in a defence which finished in the top 10 three times in a row under former managers Martin O’Neil and Gerard Houlier.

The club have since fallen on harder times and are currently sat in 14th place in the Championship table after suffering relegation last season.

They are currently unbeaten under manager Steve Bruce, but they will face a tough test against Brighton after the international break who are sat in second.

In other Aston Villa news, this senior player will be absent after the international break.