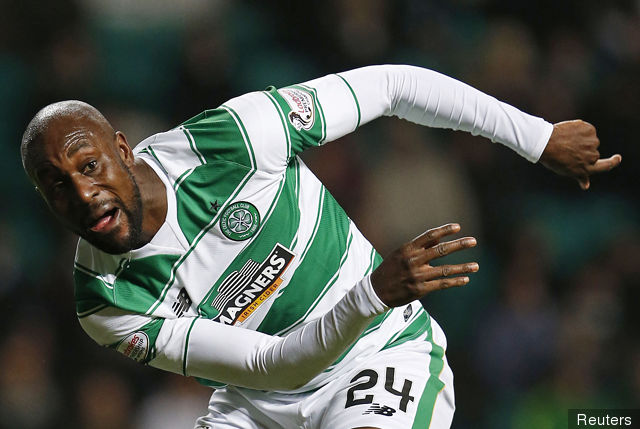 The ex-England international gave a damning verdict of his former boss when reflecting on his career, which included a spell at Celtic.

Cole is currently out-of-contract following a hugely unsuccessful spell with the Hoops during the 2015-16 season, and he was let go in the summer.

He joined Sacramento Republic in the American second tier but has failed to impress there too.

Cole played under Deila while at Celtic but made just five appearances throughout the entire season and he now claims the manager was to blame for his downfall.

“I had to wait to get near the team and the manager, I don’t know what happened, he just didn’t want to play two up front. And Leigh Griffiths was scoring left, right and centre,” said Cole, as reported by the Daily Mail

“I went into the manager’s office and asked what was going on and he said ‘this system is working.’ I didn’t think it was. He was playing the safety card. At the end of it, he lost his job because they didn’t win everything and he was playing too safe.”

Cole scored one goal for the Hoops and that was in a 3-0 FA Cup victory against Stranraer but he was left out of the starting XI a week later and failed to score after coming on as a substitute in the Hoops’ 8-1 victory over Hamilton, which proved to be his final game for the club.

The striker graduated from Chelsea’s academy in 2001 and went on to secure a successful career at West Ham, scoring 55 goals in 246 league appearances before joining Celtic in October 2015.

Deila was sacked as manager in the summer before Brendan Rodgers took over.

In other Celtic news, Rodgers has revealed where the club could pick up further signings.

We’ve launched an <<EXCLUSIVE TRANSFER WINDOW NEWS FEED.>> ‘Like Us’ on Facebook by clicking here if you want 24/7 updates on all Celtic transfer news.