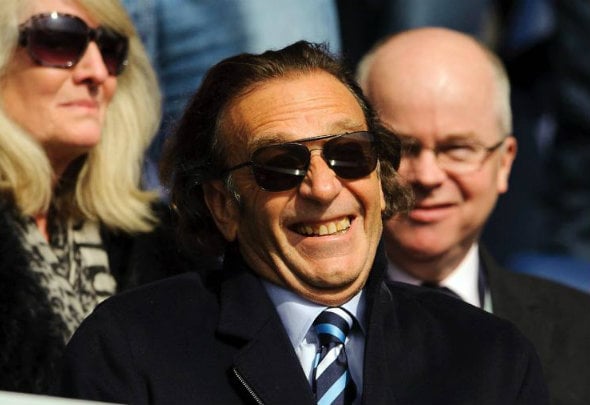 Massimo Cellino is planning to recruit a new addition to Leeds’ backroom staff, according to a reliable journalist.

Alan Nixon, who has a transfer column in the Sun following decades at the Daily Mirror, has revealed on his personal Twitter account that the Leeds owner is planning to beef up Garry Monk’s support team. However, the journalist did say it’s up to the target if he wants to take the job, but there are question marks on where the deal leaves manager Garry Monk. This claim follows reports from Daily Mirror reporter David Anderson that Cellino is already losing faith in the Whites manager after a poor start in charge of the club.

Cellino was ready to sack Monk before Antonsson's late goal against Fleetwood saved them and is losing confidence in the ex-Swans boss.

The former Swansea boss only moved to Yorkshire this summer, but he has so far been unable to guide the club to victory in 90 minutes.

The Elland Road giants have suffered defeats to QPR and Birmingham, while earning a draw against Fulham in midweek.

The Championship side also needed penalties to beat League 1 club Fleetwood in the League Cup, which is understood to be when Cellino started losing his patience.

The Italian boss has become famed for his lack of patience with managers, and Monk is his seventh at the club since his takeover in January 2014.

However, Cellino is happy in his role at a club with many earning opportunities and admitted he had turned down an offer from a company who own clubs in Germany and Austria.

“I had an offer from Red Bull,” he told Italian sport website Isola 24 Sport, last week. “But I do not want to sell, for now.

“It is a fluid market that allows you to sell and buy.”

While Leeds fans may look at his business-like attitude with dismay, there is no doubt they have one shared vision for the club.

“I want to get Leeds back to the Premier League,” he continued to Isola 24 Sport.

Monk has been given the opportunity to be active in the market this summer and as he looks to continue his Elland Road revolution – with the joint goal of returning the Yorkshire giants back to the top flight of football.

The most recent signings are Liam Bridcutt and Pontus Jansson who have arrived this week, as Leeds search for a way to fix their early season problems.

In other Leeds transfer news, the Whites will be obliged to complete a permanent deal for loan signing Pontus Jansson if he makes 20 appearances for the club.