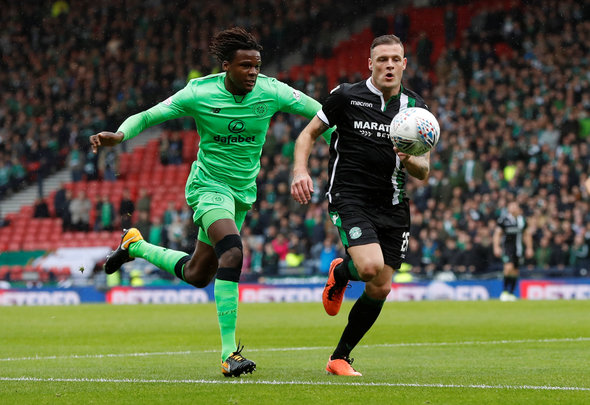 Celtic fans have taken to Twitter to demand that the club offloads defender Dedryck Boyata in the summer transfer window.

Boyata, 27, is close to entering the final 12 months of the four-year deal he signed when he moved to Celtic Park for £1.5million in 2015 and it seems that now is the time where most fans believe that the Belgian centre-back should be moved on.

He has faced fierce criticism for most of this season despite spending almost all of the last campaign and early parts of this term out on the sidelines with injury.

Even though Brendan Rodgers has other options, he has stuck by the former Manchester City defender, but it seems that with every appearance he makes there is a mistake in him, usually one that leads to a goal.

However Celtic fans are now calling on the club to flog Boyata when the transfer window re-opens, with one saying that the Hoops must “get rid” of him.

Boyata. He's the biggest danger to us winning on Sunday.

Boyata has made 33 appearances in all competitions this season, scoring two goals in the process.

He was substituted off at half-time against Ross County last month after a poor opening first 45 minutes which suggests that Rodgers is becoming more frustrated with the player who, according to the Daily Star, earns £14,000-a-week.

In other Celtic news, the Hoops are in the running to sign this former Rangers midfielder.