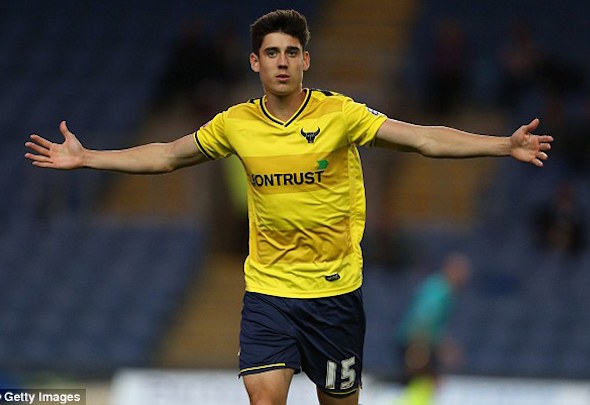 Celtic are ready to battle with leading English clubs for the signing of Oxford sensation Callum O’Dowda this summer, Football Insider sources understand.

The £1million-rated wonderkid has attracted the attention of leading clubs for his performances on the left side of midfield for League Two side Oxford.

Championship outfits Derby and Birmingham to sign the Republic of Ireland Under-21 winger in January but his wage demands proved to be a sticking point.

Manchester United, Liverpool and Tottenham are among the Premier League clubs who have taken a close look at the 20-year-old.

A well-placed source has told Football Insider that Oxford plan to cash in by selling the highly-rated youngster at the end of the season.

Celtic already have a number of attacking midfielders but regard O’Dowda as a possible replacement for James Forrest, who is expected to quit Parkhead in the summer.

The 20-year-old scored twice during Oxford’s 3-0 win at Barnet on Saturday, taking his season’s tally in all competitions to seven goals for the League Two promotion hopefuls. O’Dowda has also weighed in with seven assists in the 45 matches he has player.

The attacker has been nominated for the FAI Under-21 Player of the Year, and is representing the Republic of Ireland Under-21s against Italy and Slovenia this week.

In other Celtic news, the club are set for a major windfall from money-spinning summer tournament.