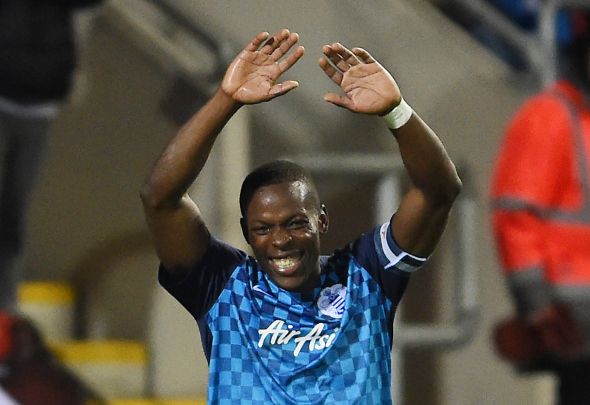 Celtic are ready to do battle to sign defender Nedum Onuoha on a free transfer, according to a report.

The Daily Mail‘s transfer news blog (January 25, 11.34am) claimed that Queens Park Rangers centre-back Onuoha has a clause in his contract that allows him to leave for nothing.

However, Brendan Rodgers side will have to move quickly if they are to sign the 30-year-old defender, with Greek champions Olympiacos and David Moyes’ Sunderland also believed to be keen.

A former England Under-21 international, Onuoha has been one of the first names on the team sheet at Loftus Road, making 29 appearances in all competitions.

Onuoha has helped Ian Holloway’s side keep just six clean sheets this season, as the London side continue to struggle at the wrong end of the Championship.

Possessing plenty of top-flight experience with the likes of Sunderland and Man City, Onuoha has made 188 top-flight appearances and that Premier League know-how could prove pivotal in Rodgers’ side.

With just six months remaining on Kolo Toure and Efe Ambrose’s current contracts, Onuoha could be brought in to provide cover at the heart of the Celtic defence.

Bringing Onuoha to Glasgow would be a useful signing to Rodgers, as he looks to provide adequate cover for first-choice partnership Erik Sviatchenko and Jozo Simunovic. However, Onuoha’s presence in the side could spell the end for the likes of Ambrose and Toure, while Dedryck Boyata and Eoghan O’Connell could also be made surplus to requirements at Celtic Park. Manager Rodgers has a huge squad available to him, and will be looking for an excuse to offload much of his unused squad. The signing of Onuoha could be just that reason in seeing Celtic axe some central defenders. However, after a poor season in the Championship, it remains to be seen if Onuoha has what it takes to boost Celtic’s squad in their continued domination of the Scottish Premiership and likely Champions League campaign in 2017-18.

In other Celtic transfer news, this Premier League side are interested in bringing a Hoops first teamer down south.