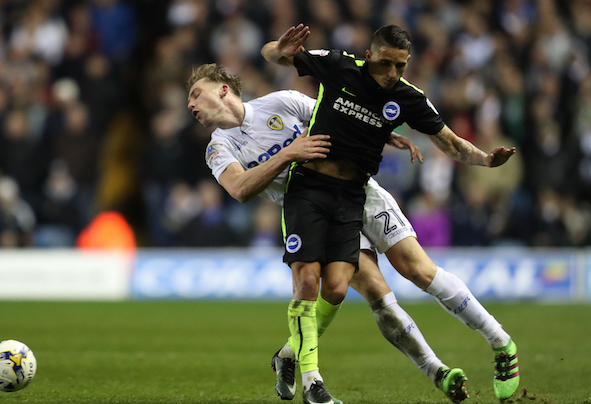 Celtic want to secure a deal for Leeds defender Charlie Taylor, according to a reliable journalist.

The Sun correspondent Alan Nixon has claimed on his personal Twitter account that the Bhoys are eyeing the 23-year-old.

It is understood that the Scottish giants would get him for a small fee as his contract expires this summer at Elland Road.

Premier League clubs West Brom and Burnley are also keen on a deal for Taylor, but are scared of going to a tribunal to get him due to a compensation fee.

Celtic would be able to get the Englishman at a much cheaper fee due to cross border rulings, something which helped them sign Moussa Dembele on the cheap last summer.

Taylor has established himself as a top performer in the Championship in recent years and won Leeds player of the year in the 2015/16 campaign.

However, he looks set to be leading on a sour note after refusing to playing for the Whites on the final day of last season.

He made 32 appearances across all competitions during the last campaign and helped his side finish seventh in the league table.

Taylor is recognised as an attack-minded full-back and is a product of the Leeds academy.

Celtic already have two senior left-backs in their squad in the shape of Kieran Tierney and Emilio Izaguirre, but the former has been linked with a big-money move away. Leeds defender Taylor could be an excellent addition if they sign him and the cut-price deal they can get would make him a bargain. The 23-year-old looks like he could be a great fit in Rodgers’ starting line-up and his offensive style in the full-back area would be vitally important. Celtic could do with bringing in some new faces ahead of their Champions League qualifier on 11 June and Taylor is someone who looks ready to make the next step up in his career.

In other Celtic transfer news, they are lining up a move for a £3million-rated defender.