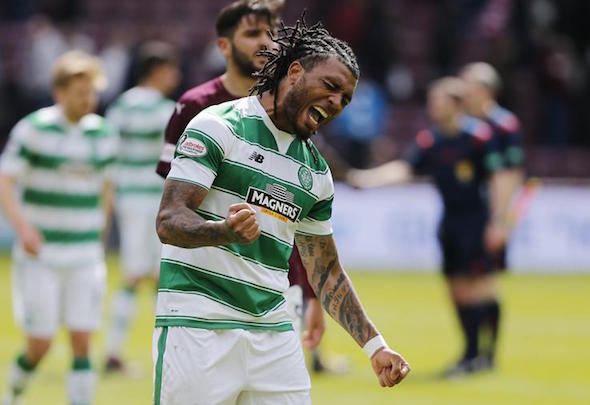 Celtic fans on Twitter were blown away on Saturday when former Parkhead attacker Colin Kazim-Richards scored for Corinthians in their friendly 4-2 defeat to Rangers.
Kazim-Richards, 31, has been somewhat of a globetrotter throughout his career, playing for the likes of Brighton, Galatasaray, Olympiacos, Blackburn, Feyenoord and now Brazilian outfit Corinthians.
The former Turkey international, who was born in London, spent just a matter of months at Parkhead in 2016 before he was moved on to Cortiba where his South American adventure began.
He made just 13 appearances across all competitions for Celtic, scoring two goals in the process, and was on the scoresheet once more against familiar opposition this weekend when Rangers faced Corinthians in a friendly cup tournament in Florida, USA.
Hoops fans on Twitter lost their minds at seeing their old forward bag a goal against their Glasgow rivals, with one saying he was “quality”.
Here is a selection of their tweets:
https://twitter.com/Deja_Lew234/status/952261003470782464

Colin Kazim-Richards! What a man!! Hahaha

Colin Kazim Richards scores against sevco.. where did i hear that name before 😂😂😂😂😂

https://twitter.com/LiamUTLR/status/952250882770452480
Kazim-Richards signed for Corinthians last January but made just 17 appearances across all competitions for them in the 2017 season in Brazil’s top-flight, scoring one goal in the process.
Rangers came from two goals down at half-time to win 4-2 against Corinthians.
Alfredo Morelos netted a brace while strikes from Andy Halliday and James Tavernier also added to a solid win for Graeme Murty’s men.
In other Celtic news, this Parkhead midfielder is edging towards an exit to join this title-chasing club.
We’ve launched a << BREAKING NEWS FEED>> exclusively for your club. ‘Like Us’ on Facebook by clicking here if you want 24/7 updates on all Celtic breaking news.