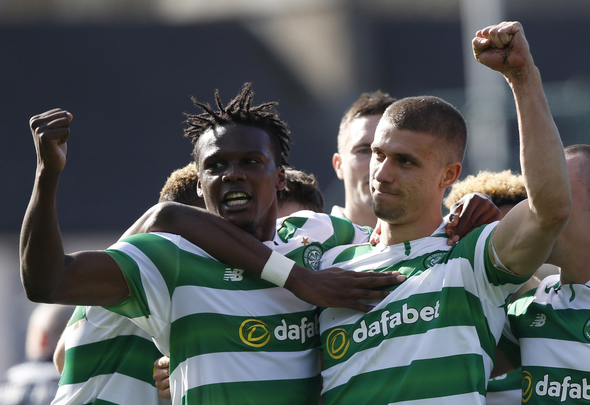 Celtic fans have lost their minds after Dedryck Boyata was named to earn his first start of the season against Dundee in the League Cup on Wednesday night.

The Hoops announced on their official Twitter account prior to kick-off that Boyata, 26, will complete his return from a serious injury in the clash at Dens Park.

Boyata will most likely be lining up in a back four alongside Nir Bitton in the heart of the defence with Mikael Lustig and Kieran Tierney occupying the full-back roles.

The Belgian centre-back’s return is no doubt a major boost for Brendan Rodgers and his squad as they have been struggling to fill his void while he has been sidelined through injury.

Hoops fans clearly share that sentiment and took to Twitter after the announcement was made to rave about the defender’s return, with one supporter calling the ex-Manchester City man “my hero”.

Boyata, my hero, my mate😍

Would have played Boyata and Simunovic together tbh

Great to see Boyata back tonight you were missed ynwa 🍀🇮🇪🍀

Boyata picked up a serious knee injury in July which kept him from making any appearances in the opening months of the season.

The last time he pulled on the Bhoys kit in a competitive game was in the Scottish Cup final win over Aberdeen in May when he helped his side complete the domestic treble without suffering a single defeat.

In other Celtic news, Chris Sutton chooses whether the Hoops or Rangers have the best goalkeeper.