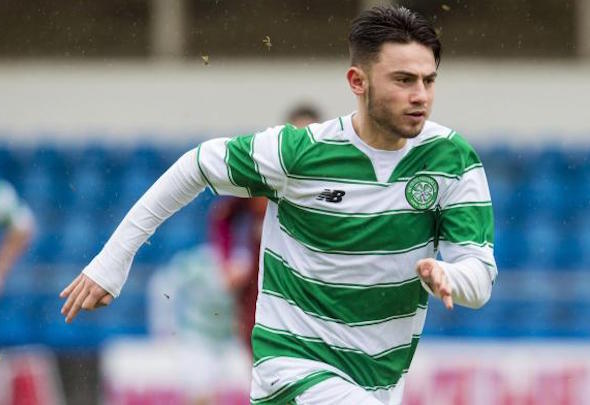 Patrick Roberts is the name on every Celtic fan’s lips after his stunning double inspired the team to a 3-1 win over Hearts on Saturday afternoon.

The on-loan Manchester City star produced two outstanding finishes to open his goal account for the Scottish champions and help them to a victory that extends their lead at the top of the Scottish Premiership to seven points ahead of Aberdeen facing Hamilton tomorrow.

Roberts, 19, had failed to score in his five previous Celtic appearances in what had been a difficult start to his 18-month Celtic spell.

But the teenage winger showed, first with a brilliant flicked finish over goalkeeper Neil Alexander with the outside of his left foot, and then with an angled drive from the edge of the box, why he was being eyed by all the elite Premier League clubs before he was prised by City from Fulham last summer.

Here is a selection of the posts on Twitter in the aftermath of his brilliant, two-goal display:

Was really impressed with Patrick Roberts today, not only for his goals which were sublime, his workrate & desire to run at people was great

Patrick Roberts is gunna be some player in a few years

We’ve got a wee star in @patrick7roberts .. brilliant from him today!

In other Celtic news, Liverpool are eyeing a move for one of the team’s emerging stars.