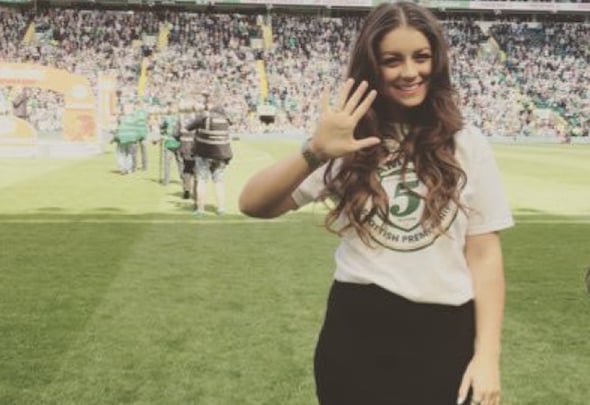 Summer Harl has ended her three-year spell at Celtic – and fans took to Twitter to express their disappointment.

The Scottish Sun claim the Celtic TV presenter has left her job as the popular host of the club’s online television channel.

English-born Harl, who is a childhood Norwich supporter, is said to have announced her departure from the Scottish giants on Monday.

Celtic fans took to social media to express their disappointment at her exit, with some claiming she will be much missed and others joking she is set to following in the footsteps of players Kris Commons and Efe Ambrose and move to Hibernian TV.

Actual biggest loss of the season was Summer Harl leaving ????

Have Hibs signed Summer Harl on emergency loan to the end of the season. Have we got cover. We’ll need to get big Efe to do Celtic TV.

Possibly a sensitive question to ask, but why has Summer Harl left CelticTV and where has she gone?

So what was the reason Summer Harl left anyway ? I never watched Celtic tv so never really saw or knew of her other than Twitter mentions.

Such a shame that Summer Harl has left @CelticTV. Fantastic presenter who I’ll certainly miss. Loved her best moments too. #Celtic.

As a proud subscriber to @CelticTV very sad to discover Summer Harl is leaving. She was a breath of fresh air.

Celtic are aiming to continue their remorseless pursuit of a sixth consecutive Scottish Premiership title when they return to action on Wednesday night.

Celtic have accumulated a remarkable haul of 76 points from 26 matches, winning 25 of their league encounters and drawing the other.