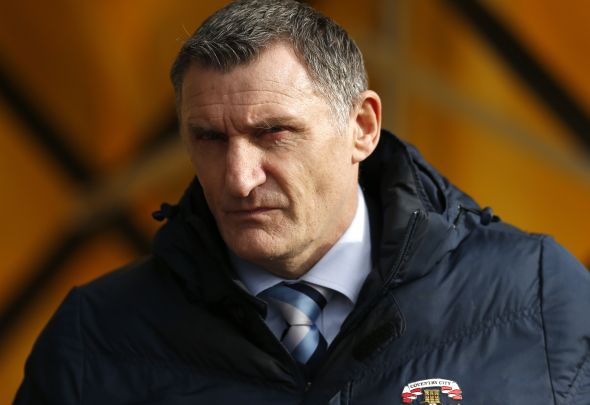 Celtic fans have reacted on Twitter in amusing fashion after Tony Mowbray resigned as Coventry manager.

The former Celtic, Middlesbrough and West Brom boss had made a dismal start to the new campaign at the Ricoh Arena, as they failed to pick up a League One win and sit bottom of England’s third tier.

Coventry revealed Mowbray’s exit on their official website on Thursday morning, less than 24 hours after West Brom loanee Andre Wright had secured a 2-2 draw against AFC Wimbledon with a 94th-minute equaliser.

Coventry City FC can confirm that Tony Mowbray has resigned as manager of the football club. More: https://t.co/fwemQlI5nI. #PUSB pic.twitter.com/IfGjm1Ac6a

Mowbray was given limited resources throughout his 18-month stay at Coventry, as fans continue to call for owners Sisu to end their ownership of the club.

Celtic fans have greeted the news in humorous fashion, with some even claiming that the former Hoops boss had resigned to take the vacant England job.

Tony Mowbray joined us for Boycott lol sisu out

I feel for Tony Mowbray, as well as the #ccfc fans and players. I have absolutely no idea where to even begin with their backroom problems.

@paddypower as Tony Mowbray has just resigned from Coventry… What are the odds on him being next England Manager? 💩👀😂

Sad to see Tony Mowbray leave as Cov boss, he did really well with them last year but they're sinking like a stone

One fan even thinks the vacant Coventry job could be taken by axed England manager, Sam Allardyce.

As manager of the 47-time Scottish Champions, Mowbray failed in charge of the side he played for during his playing days as a defender. With just 23 wins in 45 games, Mowbray was sacked and it took him more than half a year to find a new job in Middlesbrough.

In other Celtic news, Rio Ferdinand has given his Twitter verdict on Wednesday night’s enthralling 3-3 draw with Manchester City.