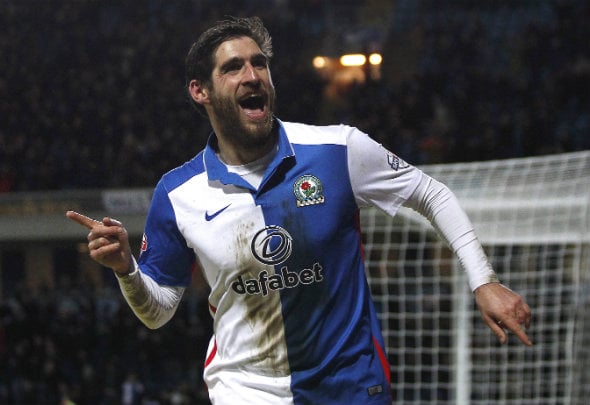 Blackburn have beaten Celtic and Rangers to the signing of Danny Graham, it was confirmed on Thursday afternoon.

Graham, 30, was released by Sunderland earlier this month and the Scottish giants were both keen to convince the free agent to move to Glasgow.

But Blackburn have won the race to land Graham after he agreed a two-year contract with the Championship club following a successful loan there in the second half of the 2015-16 season.

Blackburn announced on the club’s official website that the striker has put pen to paper on a deal that includes the option of a third year.

Rovers are delighted to announce the signing of striker Danny Graham on a two-year deal.https://t.co/YTQA2lTVKM pic.twitter.com/47vuZutttT

The Glasgow Evening Times claimed earlier this month that Celtic were closing in on Graham and he could be the first signing for new manager Brendan Rodgers as they aimed to beat Rangers to his signature.

It was said Graham was keen to reunite with Rodgers after they worked together at Swansea and Watford, and that the player could be open to taking a pay cut on the £35,000 salary that he collected at Sunderland.

Graham failed to establish himself in the Black Cats team during his four years with the club and spent most of that time out on loan, including at Blackburn.

The former England Under-20 international struck seven goals in 18 games at Blackburn, whom he joined on loan in the January transfer window.

The striker scored just once for the Black Cats in 42 appearances, but has been able to regularly find his scoring touch while out on loan at Hull, Middlesbrough, Wolves and Blackburn in recent years.

Rodgers has made signing a striker a priority this summer as he looks for a worthy partner for Leigh Griffiths, who smashed in 40 goals in all competitions this season.