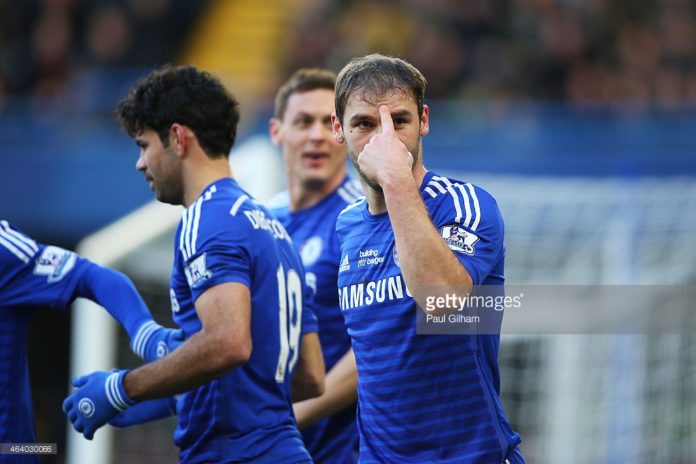 Celtic boss Brendan Rodgers has been handed a huge boost ahead of the crucial Europe League clash versus Zenit St Petersburg.
The Russian outfit’s manager, Roberto Mancini, has hinted that Branislav Ivanonvic will not play against the Hoops, as the former Chelsea man recovers from an eye injury.
The Daily Record report that Ivanovic did train individually on friday, but was left out of Zenit’s friendly fixture versus Mairbor the following day.
Mancini has stated that he is waiting on the Zenit medical team to clear Ivanovic to play, as the Russian has a meeting scheduled with the team doctor.
“Ivanovic must undergo a physical examination.
“He must meet with a doctor, then we can say when he returns to the squad and when the period of recovery will finally end,” the former Premier League winning manager stated.
This is a huge boost for Celtic, as Ivanovic is a highly talented player with European competition experience, having won both the Champions League and Europa League during his time with Chelsea.
Zenit having to utilise other defensive options could leave areas of weakness for Celtic to expose, however, Ivanovic himself is fairly hopeful that he can play, but understands that he is not quite 100% fit.
“Not yet, but I hope to be very soon,” was the Zenit enforcer’s reposnse when asked if he was fully fit.
“It’s the eye injury. They saw something in my eye and we got it checked out. But it has passed now and I’m hopeful that I can play.”
The first leg of the fixture is scheduled for this coming thursday, as the Russian outfit travel to Parkhead, before the Hoops return the favour the following week.
In other Celtic news, this Celtic international midfielder is also in doubt ahead of the fixture.
Don’t miss out on breaking and exclusive Celtic news by clicking here for our brilliant 24/7 updates on Facebook, Instagram and YouTube.