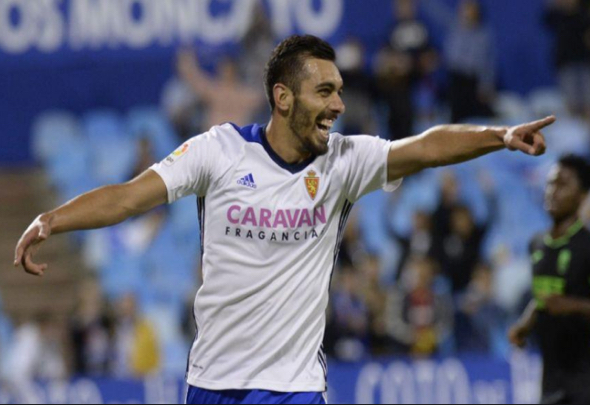 Celtic are firmly in the hunt to sign prolific Real Zaragoza centre-forward Borja Iglesias, according to a report.

Spanish publication El Periodico de Aragon claim that the Hoops face competition from English clubs, including Premier League Swansea and Championship outfit Brentford, for the signature of the front man.

The striker, 25, is on loan at Real Zaragoza from La Liga club Celtic Vigo but talks over an extension to his deal, which expires in the summer of 2019, have stalled.

El Periodico report that the possibility of Iglesias remaining at Real is non-existent if they remain in La Liga 2.

They are currently seventh in the division and have hopes of securing promotion to the top tier.

Iglesias has attracted attention from so many English clubs as a result of his outstanding goal poaching, which has yielded 16 goals from 31 matches this season. The Spaniard may not be the big name that Celtic fans will want if they lose Moussa Dembele this summer, but he is rapidly improving and has the potential to make a big impact at Parkhead. The standard in La Liga 2 is not too dissimilar to the Scottish Premiership, and those who hastily dismiss Iglesias as not up to it should think again.