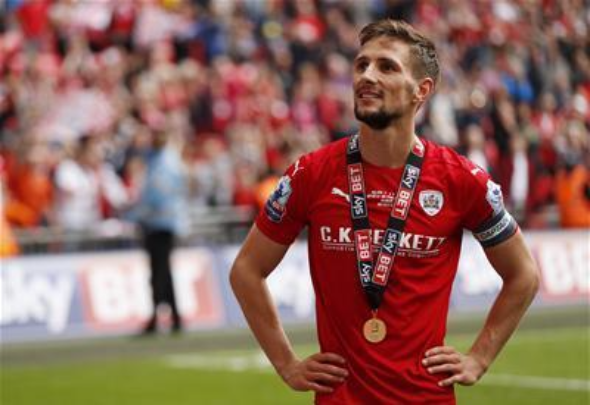 Celtic are keeping close tabs on free-scoring Barnsley midfielder Conor Hourihane, according to a report.

The Sun claim that the Scottish giants are in the race to sign the central midfielder, who is a boyhood Hoops fans.

It is said that Celtic manager Brendan Rodgers has ordered scouting reports on Hourihane ahead of the January transfer window.

Barnsley are braced for offers in January for the services of the former Republic of Ireland Under-21 international, who can move for nothing when his contract expires at the end of the season or sign a pre-contract deal with a foreign club such as Celtic in the upcoming winter window.

The report states that Hourihane would leap at the chance of signing for his boyhood idols.

The 25-year-old has been in outstanding form for Paul Heckingbottom’s side this season, with three goals and five assists in 11 games, as the Championship new boys sit in 10th with 16 points.

The Tykes captain was an integral figure in the Yorkshire club winning promotion via the play-offs last season.

Hourihane began his career at Sunderland before he made a name for himself at Plymouth Argyle in League Two, where he scored 16 goals and provided seven assists in 141 games.

The Irish born midfielder then moved to Barnsley, where he has so far scored 28 goals and provided 38 assists in 118 appearances and won promotion to the second-tier in the process.

In other Celtic transfer news, a striker has revealed why he quit the club last summer.