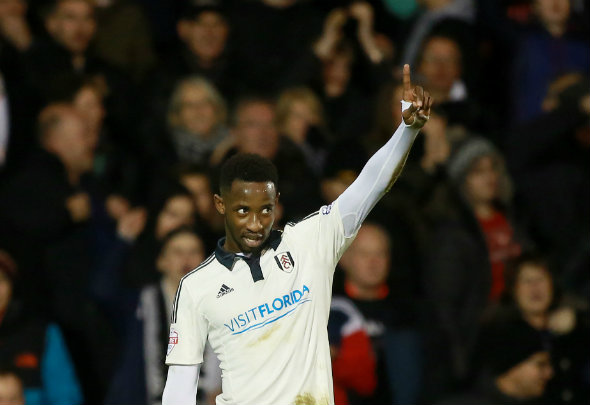 Brendan Rodgers believes Moussa Dembele has already shown what his greatest strengths are after the striker made his debut for Celtic.

Dembele played just over an hour of the 2-1 pre-season win against NK Olimpija LJ in Slovenia on Wednesday night and had Hoops supporters singing from the rooftops after an impressive glimpse of his talents.

Rodgers pulled off a major coup by securing the services of the coveted youngster after he bagged 15 Championship goals and the Northern Irishman was quick to point out the three key assets the striker has already demonstrated.

BR on @MDembele_10 "This is only his first week training since coming in and he looked very strong, fast and mobile." (MH)

“This is only his first week training but since coming he has looked very strong, fast and mobile and you could see that combination up front with him and Leigh Griffiths, and other teams will have someone else to focus on,” Rodgers told the club website.

“He obviously tired a little bit but I felt he did very well.”

Dembele is in a race against time to be fully fit for Celtic’s Champions League opener against Lincoln Red Imps next week.

The Gibraltar semi-professional side came through their qualifier against Flora Tallin after they sprung a surprise on the Estonians after over turning a 1-0 deficit from the first leg.

In other Celtic news, Nir Bitton has revealed how Rodgers will break the news to the team about who is playing in next week’s Champions League qualifier.