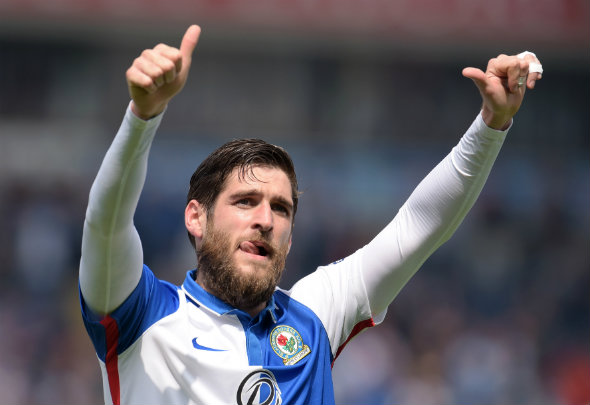 Brendan Rodgers wants to make Danny Graham his first signing as Celtic boss, according to a report.

Graham, 30, is set to leave Sunderland this summer as a free agent and Rodgers is hoping he can convince the striker to join his Celtic revolution.

Football Insider revealed earlier this month that Rangers boss Mark Warburton is also monitoring his situation and has already made contact with the forward.

Rodgers has twice worked with Graham, at Watford and the Swansea, while Warburton is also well acquainted with the striker from their time at the Hornets together.

The Daily Mail claim that Rodgers is beginning to firm up his interest in the player and is hopeful that a deal can be done quickly.

The striker has scored just once for the Black Cats in 42 appearances, but has been able to regularly find his scoring touch while out on loan at Hull, Middlesbrough, Wolves and Blackburn in recent years.

The former England Under-20 international has scored seven goals in 18 games at Blackburn, whom he joined on loan in the January transfer window.

Graham’s return to form has made him an attractive prospect as a soon to be free agent and Rodgers is thought to be investigating whether he would be open to taking a pay cut on his £35,000 salary that he currently collects at Sunderland.

Rodgers has made signing a striker a priority this summer as he looks for a worthy partner for Leigh Griffiths who smashed in 31 goals in the Scottish Premiership this season.

As well as doing battle with each other to secure Graham’s services, Celtic and Rangers will also have to fend off interest from English clubs Preston North End, Birmingham City and Wigan.