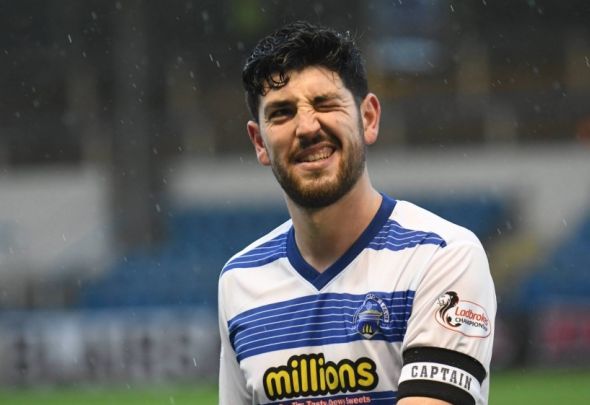 Celtic and Rangers are set to fight for the signature of Greenock Morton centre-back Thomas O’Ware, according to a report.

The Daily Mail claim the 24-year-old has also attracted interest from English’s second tier sides Wolves and Birmingham, after starring in the Scottish Championship for Morton.

O’Ware has got his name on the score sheet 10 times during his 44 league and cup outings – a massive number for a defender – as his side close in on a play-off place.

Morton’s number four is also able to ply his trade at left-back or in holding midfield.

Rangers have recently suffered a defensive crisis that has seen youngsters David Bates and Myles Beerman come, while Efe Ambrose and Emilio Izaguirre could be set to leave Celtic as their contracts expire in just over a month.

O’Ware has a year remaining on his contract at Cappielow Park, and could be offloaded by Morton who will look to avoid losing their star defender on a free transfer.

It is obvious that O’Ware is more than capable of playing in Scotland’s top tier. He is head and shoulders above Scottish Championship opponents and would be a top signing in what could be a cut-price deal during the summer. Both Rangers and Celtic are in need of adding to their back line ahead of potential European campaigns, and O’Ware could be seen as a cheap alternative to offer cover at the back. O’Ware is destined for bigger things and moving to Celtic or Rangers could be just the start of a glittering career for the uncapped Scotsman.

In other Celtic transfer news, the Hoops are in advanced talks with this 19-year-old playmaker.