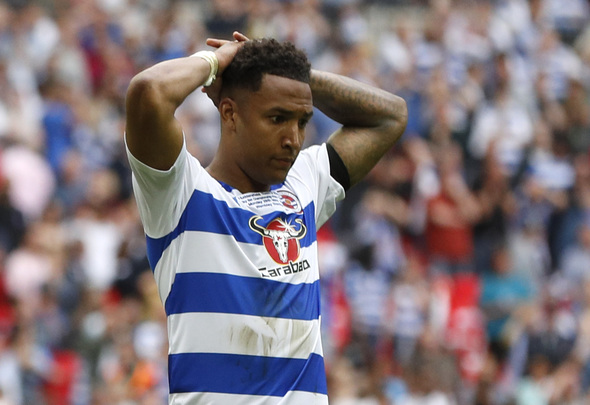 Celtic are ready to launch a January assault on Reading for defender Liam Moore, according to a report.

The Daily Record claims that Brendan Rodgers is prepared to raid his former club for his top transfer target Moore, 24, after admitting that he needs to strengthen his centre-back options when the transfer window re-opens in January.

It is understood that the former England Under-21 international is rated at £5million by English Championship side Reading having joined them from Leicester last summer.

Moore has made 17 appearances for the Royals this season, scoring two goals in the process and his form is said to have caught the eye of Rodgers, who has been handed a tough task in naming a fully fit defence this season.

With three centre-backs on the books in the Celtic first-team, Dedryck Boyata, Erik Sviatchenko and Jozo Simunovic have all had their injury worries this season, forcing Rodgers to use midfielder Nir Bitton to plug the gaps.

The Bhoys did try to make a move for another centre-back in the summer, but a swoop for South Africa international Rivaldo Coetzee broke down after he failed a medical.

Moore is a decent young player who could potentially come in and be a starting figure in the Celtic backline. He is still showing signs of progression but is quick and decent on the ball, which is something that the Hoops could do with a bit extra of in their centre-back options. All three of the current first-teamers in that role have had their critics in recent seasons for their performances, as well as their fitness. Moore could be a breath of fresh air in that backline and really become a solid part of helping the Bhoys achieve another unbeaten domestic treble. However he is not the quality of player who could help get any better results against the likes of Bayern Munich and Paris Saint-Germain.

In other Celtic news, this ex-England international claims that Martin O’Neill should have signed him for the Hoops.