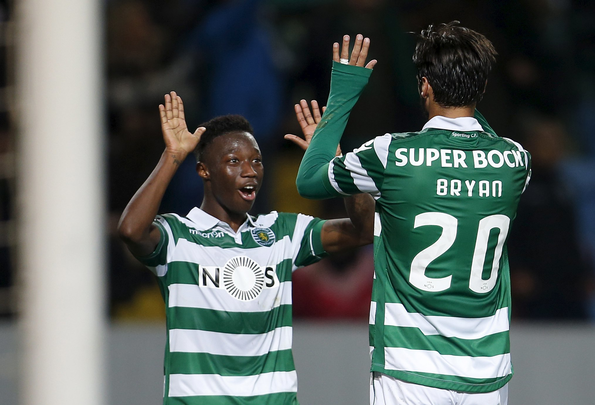 Portuguese side Sporting Lisbon seem to be in complete chaos at the moment.

A host of players have elected to end their contracts with the club, because of incidents involving the club’s supporters attacking players at the training ground, and the club chairman Bruno De Carvalho.

No one seems to be sure what is happening with Sporting at the moment, but winger Carlos Mane could well be available on a free if the situation continues to unfold, and he is a player that Celtic should be looking at.

The player was on the Hoops radar once before back in 2016, when then boss Ronny Deila was reportedly interested in taking the player on loan.

The 24-year-old winger spent the last two seasons on loan at Stuttgart in the Bundesliga, but injury ruined any chance he had of making a big impact in Germany.

However, now that he has returned to Lisbon and his future seems to be up in the air, he could well be an ideal replacement for Patrick Roberts, who left the Hoops and returned to Manchester City in the summer.

Mane is skilful player who plays on the right-wing who can score goals – very similar to Roberts. In fact, Mane scored four goals in his first 10 games for Stuttgart before his injury problems struck.

Football news site Teamtalk claims that Everton and Newcastle are interested in signing the winger, but if he’s wanting to make an impression in Europe and make up for the years of injury then the Hoops seems like a good option for Mane.

In other Celtic news, the Hoops owe it to their fans to spend big this summer