Speaking exclusively to Football Insider, the Parkhead legend said the club gave the 20-year-old and his father no indication that he had a future at Celtic before he completed a move to Blackburn Rovers.

McBride has been in scintillating form for Blackburns’ Under-23s this season, with his 16 appearances in Premier League 2 yielding 12 goals and four assists.

Great feeling signing with @Rovers looking forward to the challenge ahead ✅ pic.twitter.com/Q6HarMf7Ey

The young striker was on Celtic’s books for two-and-a-half years but failed to make a senior appearance.

McAvennie questioned the club’s handling of McBride and summer recruitment.

“The boy McBride, he never did anything at Celtic but he barely got a chance to,” he told Football Insider correspondent Dylan Childs.

“What are they doing with these kids? He’s gone to Blackburn and he is scoring all of these goals now. He is scoring loads of goals for them.

“So many are getting let go and he looks like one they maybe should have kept hold of. McBride is doing really well down in England but they did not give the boy or his dad any indication that he had a future at Celtic. 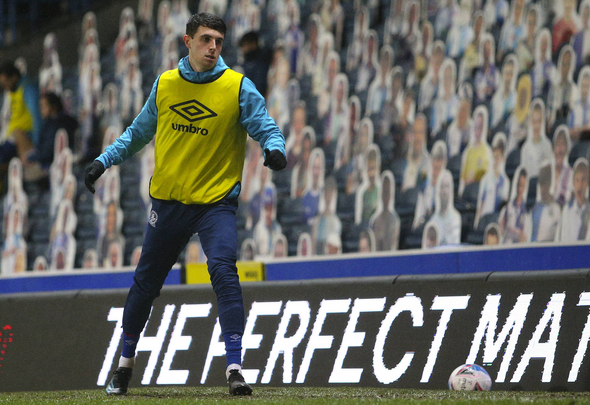 “It’s crazy when you think about the dross they have brought in.

“It is a real shame because I am a great believer in bringing them through the ranks. As long as they’re good enough, the fans will give them time.”

In other news, a top pundit claims Celtic are ‘massively regretting’ a £30m+ transfer decision after a director reveal.