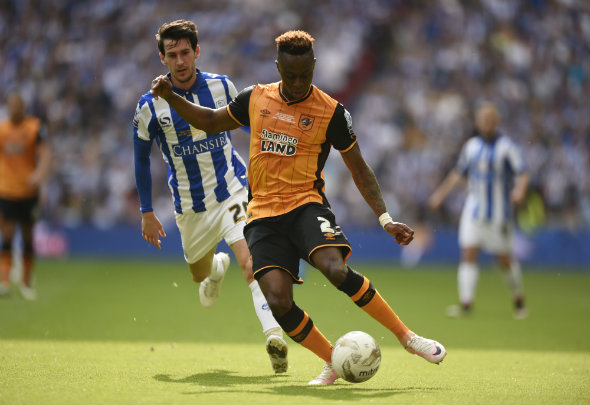 Celtic may hand Hull City defender Moses Odubajo the chance to save his career at Parkhead after he joined the Hoops at their pre-season training base in Austria, according to a report.

The Daily Record claim that Brendan Rodgers has held talks with the 24-year-old right-back about a move to Glasgow once his contract with Hull expires at the end of the month.

It is said that the former wonderkid is ready to kickstart his career once again after a horrific spell with injuries that has seen him sidelined for two whole seasons.

This would be an interesting move from the Hoops, and one that could turn out to be a masterstroke from Brendan Rodgers. Odubajo was extremely highly-rated when he broke through at Brentford, and his versatility could see him become a huge asset for the Bhoys if they do decide to take a punt on him. His rampaging runs down the right wing could transform that flank for Celtic after a season which has seen Mikael Lustig deployed there. Odubajo’s arrival would also surely seal the departure of Cristian Gamboa, who has been out of favour at Parkhead for too long. The only worry would obviously be injury, with Odubajo having not played since the 2016 play-off final with Hull. It does seem that he is raring to go after such a horrifying spell, but the risk of injury recurrence will always be at the back of the club’s mind, and there is therefore some risk involved.

In other Celtic news, the club are hoping to tie down this 27-year-old stalwart to a new deal at Parkhead.