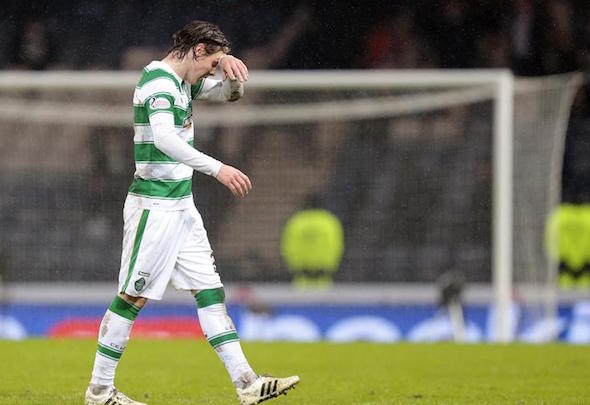 Galatasaray are ready to open talks with Celtic over a summer move for Stefan Johansen, according to a report.

The Scottish Sun claim the £3million-rated midfielder has been placed on a list of targets by the Turkish giants.

Johansen is out of contract next summer and talks over a new deal have stalled.

It is said that Celtic are now ready to cash in on the midfield enforcer amid the contract stalemate and hope to use interest from a number of team around Europe to recoup a sizeable fee.

But it is reported that Galatasaray manager Jan Olde Riekerink is aware of the midfielder’s situation and could test Celtic’s resolve in the coming weeks.

Johansen has been a key figure in the Celtic midfield since his January 2014 transfer from Stromgodset.

He has scored an impressive 19 goals in 113 matches for the Hoops from midfield and made 40 appearances for the club in the 2015-16 season.

The Scottish giants have already sanctioned the departures of Anthony Stokes, Carlton Cole, Stefan Scepovic and Colin Kazim-Richards and Brendan Rodgers has made it clear that he wants the clearout to continue as he prepares for the team’s entry to the Champions League qualifiers later this month.

In other Celtic news, Norwich have had a bid accepted for a Championship ace amid interest from Aston Villa and the Hoops.