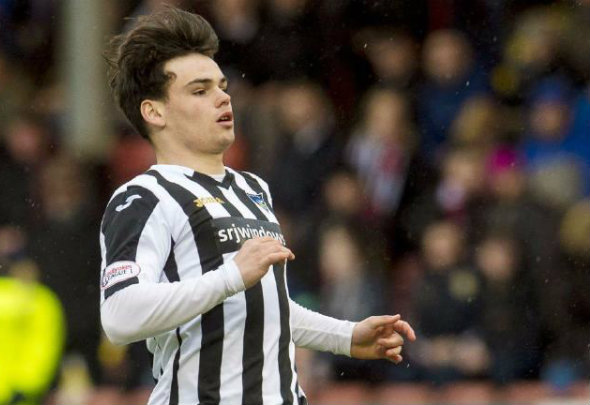 Celtic are in talks with Dunfermline to sign promising youngster Paul-Joseph Crossan, according to a report.

The Hoops have been linked with a move for the 17-year-old after he enjoyed a break-out season for Dunfermline, earning his senior debut with a string of impressive performances for their Under-20 side.

The Courier now claim that negotiations between the two clubs over the sale of Crossan have been confirmed by Dunfermline.

Crossan is also thought to be attracting the attentions of Nottingham Forest and Championship promotion chasers Brighton, but they have yet to make a formal offer for the forward.

Dunfermline have not given up on convincing the youngster he should remain with the club and have offered him a new deal after his current deal expired this month.

The club has returned to the Scottish Premiership after securing promotion this season and would be the more likely of either club to offer Crossan first team football.

Celtic were thought to have already made a bid for the youngster and now seem to be readying another effort to land him after further talks with Dunfermline.

In other Celtic news, the Hoops are ready to fight Aston Villa for this Championship midfielder.