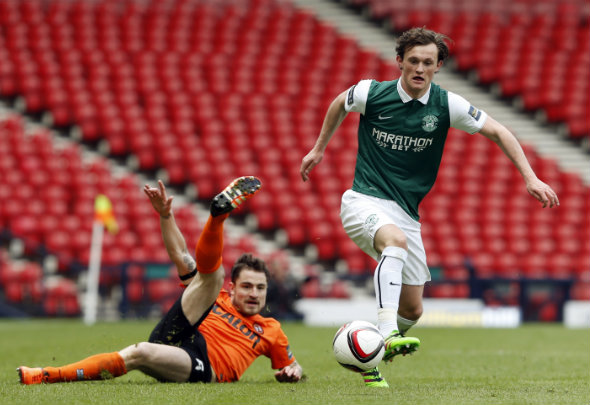 Hibernian boss Neil Lennon is hopeful he can persuade Celtic to part ways with Liam Henderson, according to a report.

The 20-year-old spent last season on loan with Hibs, but despite a successful spell with the club, Henderson was left out of the Celtic squad that flew out to Kazakhstan to face Astana in the Champions League on Wednesday.

Henderson helped Hibs lift the Scottish Cup in May and the Scottish Sun claim Lennon is eager to make the midfielder’s move to the club permanent.

The Scotland under-21 international still has two years to run on his current contract, but faces a battle to ensure he is part of new manager Brendan Rodgers’ plans.

Henderson provided a remarkable 16 assists in all competitions last season from 49 appearances, as well as chipping in with six goals.

However, the midfielder’s first fight was lost when he failed to force himself into the Astana squad and Lennon is trying to convince the youngster his future lies elsewhere.

Celtic face Astana in the first leg of their Champions League qualifier without several first-team players and severe lack of centre-backs.

However, the Hoops remain the favourites to progress with the second leg due to take place on August 3 at Celtic Park.

In other Celtic news, Craig Gordon has given his verdict of the state of the squad ahead of the Astana clash.