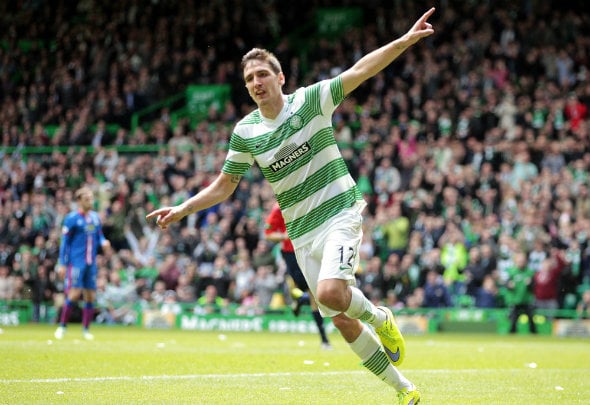 Stefan Scepovic has revealed he would be delighted to return to Sporting Gijon after two frustrating years at Celtic.

The Hoops splashed out £2.3million on the striker in 2014 after he bagged 23 goals for the La Liga club in the 2013-14 season, but has failed to live up to his price tag at Parkhead.

Scepovic spent the 2015-16 season on loan at Getafe and has been linked with a move back to his former club Gijon.

The 26-year-old is open to what would be an eyecatching return to the Spanish top flight but admitted there has been no concrete offer for his services.

“It would be a very interesting option for me to return to Sporting,” said Scepovic speaking to the Daily Record.

“The fans there loved me and I loved them, but I have to wait until they make a firm proposal to me.”

There are still two more years to run on Scepovic’s four-year deal with Celtic, but he is expected to be moved on by new boss Brendan Rodgers.

Scepovic scored six goals in 34 appearances for Getafe in a season where they were relegated from La Liga, while the Serbian’s former employers Gijon managed to avoid the drop.

The forward has made just 26 appearances in a Celtic shirt in two years, scoring five goals.

In other Celtic news, the Hoops have jumped to the head of the queue for this exciting youngster. 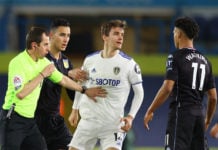 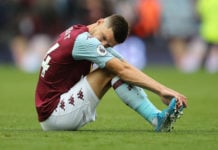