Speaking exclusively to Football Insider correspondent Dylan Childs, the Parkhead legend said that he expects the 35-year-old to continue playing for two more years before hanging up his boots.

Brown has entered the final eight months of his contract at Celtic Park, having last signed a contract extension in January 2019.

The 55-time Scotland international remains Neil Lennon’s goto midfielder, starting all but one of the Scottish Premiership champions fixtures so far in the 2020/21 campaign.

He is eighth on the list of all-time appearances for the Hoops and has guided the club to nine consecutive league titles, aiming to win a historic tenth this season.

When asked by Football Insider if he expected talks between player and club over a new deal to start soon, McAvennie said: “I think the club will put an offer on the table for him.

“I know Scott and I would think that he would be around Celtic for a long time.

“Scott loves the game and he will know when he is ready to finish. The youngsters start running past you. Nobody will need to tell him.

“He will make his own decisions but I suspect he has a couple of years left.” 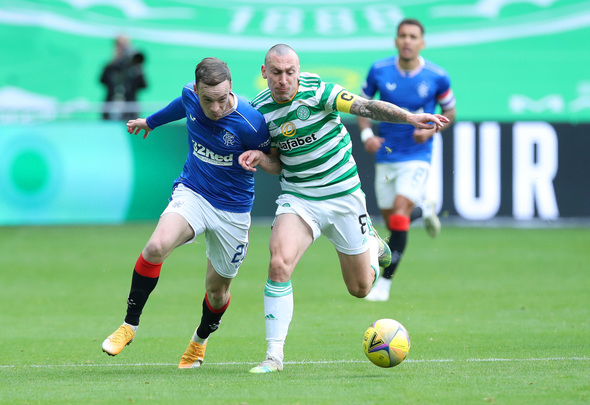 Brown played the full 90 minutes on Saturday as Neil Lennon’s side suffered a 2-0 loss to Rangers in the first Old Firm clash on the season.

The defeat leaves the Hoops four points off the Gers but the reigning champions hold a game in hand over their bitter rivals.

In other Celtic news, it can be REVEALED that Hoops made approach so sign £13million Tottenham player.