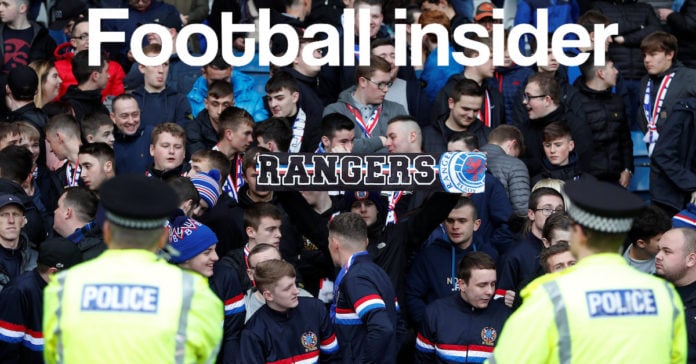 Rangers centre-forward Josh McPake has taken to Twitter after agreeing a two-year deal to extend his Ibrox stay until 2020.

The Light Blues’ Youth Academy confirmed on their official Twitter account on Friday morning that the club has wrapped up a new deal for McPake, 16, after a series of impressive performances for the Under-17s side.

McPake has now taken to his personal Twitter account to give his thoughts on his new deal, as well as thank his agent.

“Delighted to have signed a contract extension until 2020. Looking forward for all the new challenges and experiences to come. Also big thanks to Base Soccer [and] Elliott Fillingham for all the advise along the way,” he said.

Delighted to have signed a contract extension until 2020 💙 looking forward for all the new challenges and experiences to come . Also big thanks to @BaseSoccer @elliottf77 for all the advise along the way 💙 pic.twitter.com/JQVxP5Ydn7

McPake, who signed for Rangers from Hibernian in 2015, scored a hat-trick in a youth game win against Celtic earlier this month as the Gers ran out 4-2 winners at Auchenhowie in the Glasgow Cup.

McPake looks like he has a very good future on his hands if he can keep his head down and keep improving at Ibrox. The problem is that youth development has taken a bit of a back seat at Rangers in recent years so it will perhaps be more time before the Glasgow giants begin to produce talent more often that they currently. There are already signs that things are improving with Ross McCrorie’s emergence so hopefully the defender’s rise to the senior squad can open the floodgates for a wave of Scottish talent to make a mark at Ibrox.