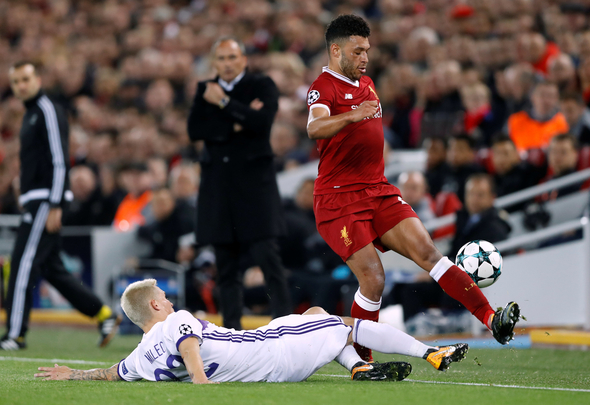 Former Liverpool defender Gary Gillespie has backed Alex Oxlade-Chamberlain’s bid to be a regular starter for the Reds.

In an interview with Liverpool’s official website, the former defender can see Oxlade-Chamberlain featuring more as he has started to settle in.

He said: “I think his performances from the last few games certainly warrants a place in the starting XI, but it is certainly a nice headache for the manager to have.”

The 57-year-old compared himself to Oxlade-Chamberlain stating how it took him “two years” to cement a first-team place but was sure the England international could do it quicker.

The retired defender went on to make 151 appearance for the Reds and grab 14 goals.

Oxlade-Chamberlain has already started making headway towards a regular place in Liverpool’s starting line-up with to his recent performances.

The 24-year-old has started Liverpool last two games, the league game against West Ham and the Champions League tie against Maribor.

The West Ham start saw Oxlade-Chamberlain grab his first league goal for the Reds, as they won 4-1.

In total, since his summer move from Arsenal, the England international has featured 16 times for Liverpool, grabbing two goals in the process.

However, the 24-year-old has had bad news in recent weeks as Gareth Southgate’s decided to omit him from the England Squad for the friendlies against Germany and Brazil.

The attacking midfielder will be hoping his performances for Liverpool can force him back into Southgate’s plans ahead of the World Cup in the summer.

In other Liverpool news, Barcelona and Brazil legend Ronaldinho wants to see this Reds playmaker wear his former shirt at the Nou Camp.