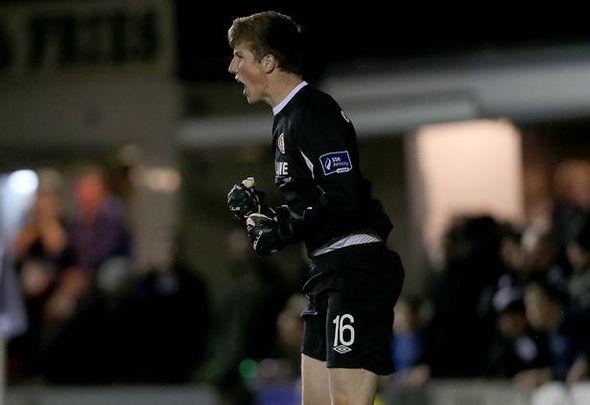 The 23-year-old was announced to have joined the League One club from St. Patricks for an undisclosed fee on Monday evening via the side’s official Twitter account.

The confirmation of the signing followed on from a report from the Irish Mirror on Monday claiming that the Yorkshire giants were also eyeing the young stopper, but that could have simply been a paper link.

However, following the signing chairman MacAnthony confirmed via his personal Twitter account that Leeds were also looking to sign him, but told he may have felt a quicker route to the first team was at Peterborough.

You did yep 👍🏻 but I wanted him buddy. https://t.co/CITwctDwca

Think he realised he'd get in our team quicker possibly 👍🏻 https://t.co/SG5BOkGerr

Leeds have already brought in one goalkeeper in Felix Wiedwald this summer and also have both Rob Green and youngster Bailey Peacock-Farrell on their books.

However, they may have felt O’Malley was a talent worth going for and they may regret missing out on him in the future.

Leeds are well covered in the goalkeeping department right now and there are hopes that Peacock-Farrell can become the club’s number one in the future. However, Green may also be disillusioned with his axing for Wiedwald on Sunday after his fine performances in the last campaign and the veteran may start looking elsewhere for first team football at this stage of his career. But, O’Malley’s only senior football to date has come in Ireland and there is not yet any knowing how he will adapt to the more physical English game, as many others with better reputations have struggled between the sticks before him.

In other Leeds transfer news, this Whites 2016 summer signing is being monitored by an English club.