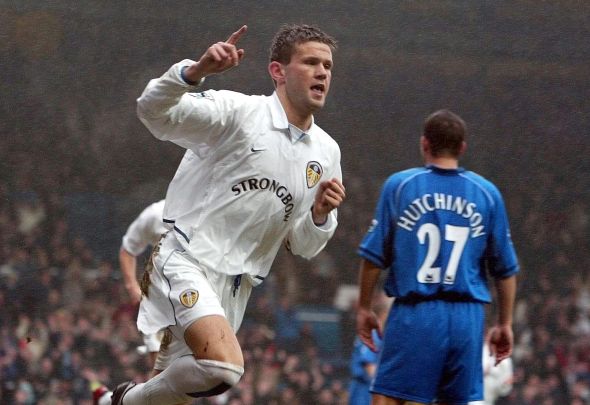 Tough-tackling midfielder Eirik Bakke was a fan favourite with Leeds after sticking with the Yorkshire giants through thick and thin, but where is he now?

The Norwegian international was one of the only players to stay with Leeds after their capitulation from one of the Premier League’s heavyweights to languishing in England’s second tier.

But in 2006, his Leeds career was forced to an end, as the club could not continue to pay his £23,000-a-week wages. The midfielder jumped Leeds’ sinking ship as Peter Risdale’s expensive dream hit an iceberg.

After 179 league and cup appearances for Leeds under managers such as David O’Leary, Eddie Gray and Terry Venables, Bakke finally moved on from Elland Road after a seven-year spell by returning to Norway.

The midfielder joined Brann, and after five appearances short of a league and cup century, he returned to where it all began; Sogndal.

The 39-year-old is still with his first club, which he left in 1999 to join Leeds for £1.75million. But Bakke is no longer driving his team forward with crunching tackles and intricate forward passing, but from the technical area instead.

Retiring in 2012 due to his continued fight with tendinitis in his knees, Bakke took three years out and learned his coaching badges. He then returned to Sogndal for a third time in 2015, where he filled the vacant managerial hotseat.

Taking over on January 1 2015, Bakke is approaching his two-year anniversary with his beloved home club, and has developed the reputation of a young, talented manager with 30 wins from 62 matches in all competitions.

Gaining promotion in 2015, Bakke has masterminded his side’s survival this time round with just seven losses from 26 domestic matches.

With the likes of Ole Gunnar Solskjaer, Stale Solbakken and Ronny Deila all being recruited to these shores from Norway, could Bakke be the next?

In other Leeds news, this star has revealed his last two years have been hell.