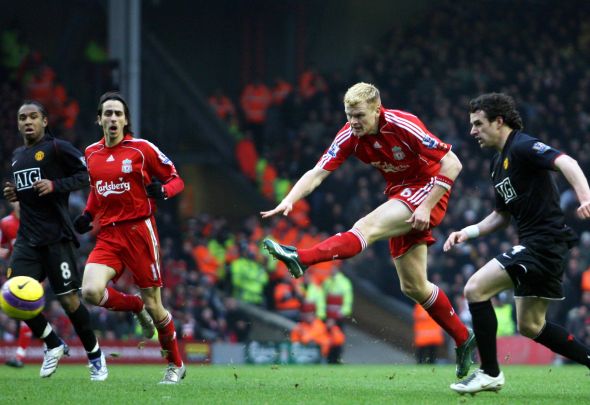 The Reds have begun the season in impressive form and are currently fourth in the table, just two points behind league leaders Manchester City.

Manager Jurgen Klopp has transformed Liverpool into an exciting side and they have netted 18 goals from their first seven league games.

Liverpool favourite Riise, who won the Champions League with the club in 2005, confessed he did not expect the Reds to challenge for the title this season but now believes their fixture schedule could work in their favour.

“I think Liverpool will be there to challenge. But I think City are too strong. Surely, though, next year they’ll challenge, but also this year,” he told the Echo. “They also had a difficult set of games to start. But they had a good start. Now City lost to Tottenham, so it’s close.

“If you had asked me before the season, I’d have said no. Because this squad needed one more year. Good thing about this season is that Liverpool don’t have many games. They only have the Premier League and the domestic cups. It’s going to be a big advantage for them.”

The Merseyside club do not have the added distraction of European competition to balance this campaign, whilst most of their rivals face extra Champions League or Europa League ties.

Man City are still perceived as the team to beat this season and the league’s only unbeaten side Tottenham will prove a serious threat.

Arsenal, Manchester United and Chelsea are considered Liverpool’s other title rivals in what is set to be an intriguing title race.

Klopp became manager at Anfield last October and his side have now begun to match his attacking philosophy.

He has settled on a forward line of Sadio Mane, Roberto Firmino and Philippe Coutinho, who have all begun the season in impressive form.

In other Liverpool news, a Brazilian forward has admitted why rejected the club in 2011.