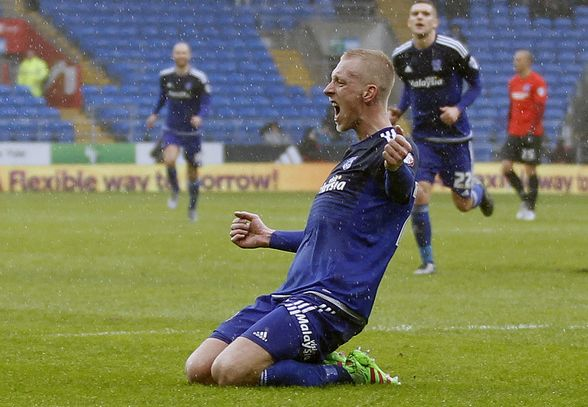 Lex Immers has revealed that he decided against a move to Celtic because he did not want to make his family live in Glasgow.

Immers, 30, instead decided to move from Cardiff City to Belgian giants Club Brugge, after rejecting an offer from Brendan Rodgers’ side.

Speaking to the Daily Record, the attacking midfielder revealed that he turned down moves to both Celtic and Stuttgart in order to move to Belgium and believes it has cost him money.

“I didn’t want to drag my kids to Glasgow and therefore I chose to sign for Brugge,” Immers said.

“I didn’t hesitate for a second when it came to making my choice. That was even though it cost me a lot of money to sign for Brugge instead of Celtic or Stuttgart.”

The Dutch star left Cardiff just six months after signing permanently with Cardiff, after a loan spell prompted the Welsh club to snap him up.

Just 13 appearances for the Welsh side in the first half of the season saw the former Feyenoord star become disillusioned and decide to jump ship.

Celtic currently have Australia international Tom Rogic as a number 10, and Immers was identified as another option in that position for the 47-time Scottish champions.

With his heart not in a move to Celtic, Rodgers has dodged a bullet in signing Brugge’s new number 27. Immers motivation in joining the Hoops was little, and although possessing an abundance of quality in the number 10 role, a move to Celtic would not have got the best out of the Dutch star. Rogic’s form in the attacking midfield role would have seen Immers play back-up rather than replace Rogic, and that could have caused the midfielder’s morale to drop even further. Celtic need to being to target players that have proven Champions League quality, and looking to sign a player that is struggling to get into a side that ply their trade in the second tier of English football would be a step backwards, rather than forwards.

In other Celtic transfer news, the Hoops need to start looking for two new strikers and here is why.