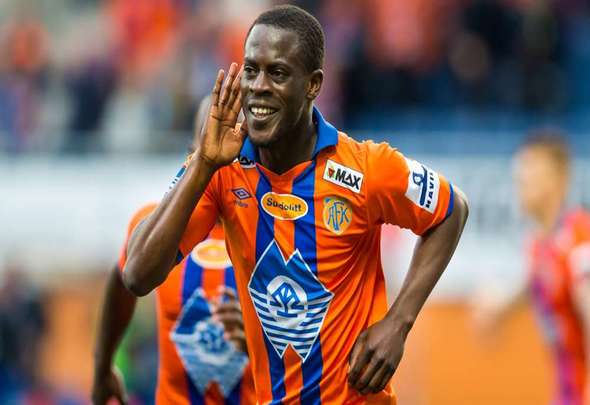 Championship side Reading have made a late swoop for Aalesunds FK forward Edwin Gyasi, according to a report.

African news outlet Ghana Soccer Net have claimed on their website that the Berkshire-based side have contacted the Norwegian outfit over a move for the 26-year-old Dutch attacker, who is also being tracked by Aston Villa.

It is stated in the report that Jaap Stam’s side are keen to bring in the talented right-winger to the Madejski stadium before the Thursday transfer deadline.

Amsterdam-born Gyasi has previously been on the books of such clubs as AZ Alkmaar, FC Twente and Roda JC.

He made the switch to Norway back in 2016 and he has since returned nine goals in nine assists in 49 matches in total for Aalesunds FK.

Gyasi has entered the final year of his contract at Aalesunds and this late Reading swoop could prompt Aston Villa into action if their interest is true.

Gyasi is fairly unknown in both England and across Europe. Aston Villa are all also well occupied in the wing position after the addition of Robert Snodgrass now with both Ahmed Elmohamady and Albert Adomah senior options to play out wide for the Midlands giants. That means the Villans are unlikely to contest Reading for Gyasi and while the Dutchman could have been tracked by Villa before the signing of Snodgrass it is unlikely that he is still a target and that Steve Bruce’s side will add another wide man before Thursday’s transfer deadline.

In other Aston Villa transfer news, Villa have a fee agreed with a Premier League club for this attacker.