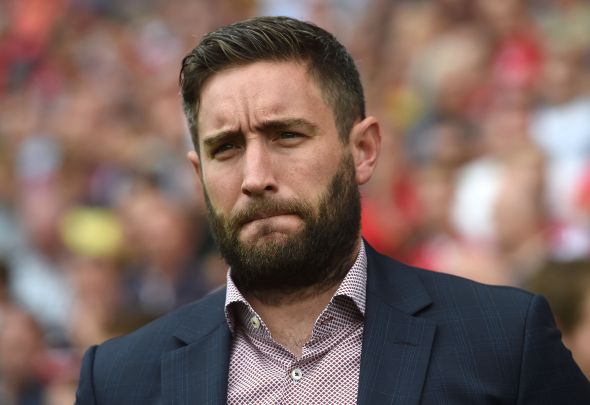 Lee Johnson has stated he is “100 per cent focused” on Bristol City, as he reassured supporters he is going to stay at the club.

BBC Sport website claims that the Robins boss was one of the preferred candidates on the initial 10-man shortlist for the vacant Aston Villa managerial job, alongside Steve Bruce, Sean Dyche and David Wagner.

But 35-year-old Johnson, who has guided Bristol City to fifth in the Championship with 20 points from eleven games, has expressed his fierce ambitions to stay at the club, despite interest from Villa.

“I always dreamed of being here and earning my stripes as a coach, so why would I want to leave when I’m so happy,” Johnson told the Bristol Post. “My focus is one hundred per cent on Bristol City, because what is happening here is so exciting.

“I’m not going to comment on other things, I just wanted people to know how I feel. I’m fiercely ambitious, don’t get me wrong, but my ambition is being channelled into Bristol City. This is my place.”
The Midlands club sacked manager Roberto Di Matteo on Monday morning, after the Italian picked up one win from 11 Championship games.
Villa are 19th in the Championship table, with Johnson’s City ten points ahead of their rivals after 11 games, with 20 points.
Johnson’s side inflicted the first defeat on Di Matteo’s men earlier on in the season, when the Robins were 3-1 winners at Ashton Gate.
In other Aston Villa news, this BBC pundit has claimed this player must know that the supporters don’t like him.