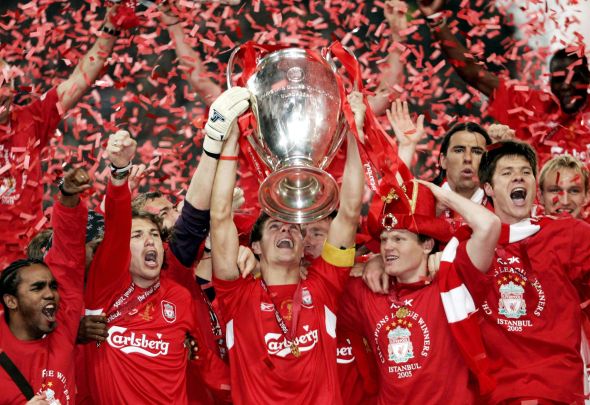 Sky Sports pundit Charlie Nicholas says Liverpool will beat Porto in the last-16 of the Champions League, after the two sides were drawn against each other on Monday.

The Reds secured their place in the knockout phase of the competition as winners of Group E with an emphatic 7-0 victory over Spartak Moscow last week.

Meanwhile, Porto, who are currently top of the Portuguese Premiera Liga, qualified for the last-16 as runners-up after finishing four points behind Besiktas in Group G.

Nicholas is confident that Liverpool will make it through to the quarter-finals.

“I see Liverpool coming through here. It’s a great draw, especially being away from home first,” Nicholas told Sky Sports.

“Liverpool can go there and counter-attack them ruthlessly. Yes, Jurgen Klopp’s team are poor at the back but Porto are more technical than physical, which allows them to regain their shape, so I see this as a very good draw and 70/30 in Liverpool’s favour.”

The pundit feels the Reds have too much attacking quality, with the likes of Mohamed Salah, Philippe Coutinho, Roberto Firmino and Sadio Mane in their team.

Nicholas pointed that the level of Portuguese football has dipped over recent years and said that Porto no longer have any “household names” in their side.

Porto won the Champions League under Jose Mourinho in 2004, with a side featuring a host of big names, including Deco, Pedro Mendes and Maniche.

Liverpool could have been drawn against the likes of Bayern Munich or Juventus, who both finished as runners-up in their respective groups.

Other ties from the draw included Tottenham against Juventus, Chelsea against Barcelona, Manchester United against Sevilla and Manchester City against Basel.

In other Liverpool news, Jamie Carragher had this to say about the Reds defence after the 1-1 draw with Everton.