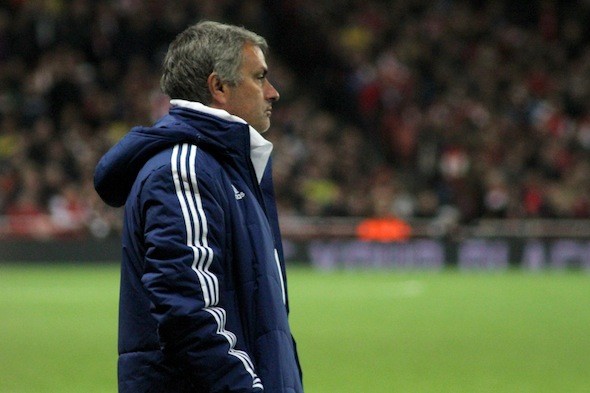 Expectations were high for Chelsea this season following last year’s league-winning campaign in the English Premier League.
But a rough start to the 2015 season has cast more than a little doubt on the team’s chances to repeat the feat. Only four games into the year, Chelsea is already eight points behind league leaders Manchester City and it will require no small amount of effort on the part of the Blues if they’d like to raise the trophy once again.
After a heartbreaking 3-0 loss to Manchester City (matching manager Jose Mourinho’s largest defeat while coaching Chelsea) and a week-four loss to Crystal Palace (Mourinho’s second ever defeat with Chelsea at home,) it has become glaringly apparent that the team needs to make some changes quickly. Thankfully, the international break gave “The Special One” a much needed chance to take a breath and regroup before trying to change Chelsea’s luck.
Following the result against Crystal Palace, it was clear that Chelsea’s defense is beginning to show its age and simply hasn’t been coming together the way it had in past seasons. Looking at the performance of Chelsea’s back line, it comes as little wonder as to why the team tried so hard to sign away Everton’s promising young defender, John Stones, during the summer transfer window.
Finding Everton unwilling to part with Stones, the team looked to fill some of the holes in its backfield with fresh legs in the form of Senegalese centre back Papy Djilobodji from Nantes in France’s Ligue 1. Hopefully Djilobodji can provide the necessary respite for the rusty looking Branislav Ivanovic. Ivanovic has played every match for Chelsea so far this season but has shown little improvement in his form.
ESPN FC reports that the Portuguese manager has hinted that he’s been less than thrilled with the performance of Ivanovic as of late in addition to that of Nemanja Matic and attacking midfielder Cesc Fabregas. Over the summer, the team sought to shore up its offense by signing Radamel Falcao on loan from Monaco but the extra goals have yet to materialise. As of now, the mercurial Colombian striker has scored once in four games for the club. One can only hope that he will perform better than he did during his disappointing spell at Manchester United.
If Falcao outperforms himself this season, it will be yet another marvellous trolling of the Red Devils as the Blues have already been antagonising their longtime league rivals during the transfer window. The team snuck in at the last minute to snatch away Barcelona winger Pedro from the boys at Old Trafford in one of the few moves that seems to have actually paid off for the team.
Chelsea could certainly use a confidence boost as even the oddsmakers are beginning to doubt the team’s chances of bringing home its sixth Premier League title. Betfair’s Chelsea page notes that, despite initial projections, the team is a shadow of the champions they were last year. The site reports that the team began with even odds of a trophy, but they’re now shown as having 8/1 odds to take home some silverware. Keep in mind that there are still 34 games left in the season and anything is still very much a possibility.
According to Bleacher Report, the addition of Pedro should have a positive influence on the current lacklustre performance of Eden Hazard, who was named last season’s Player of the Year. Pedro has already scored a goal and contributed two assists in his two appearances for the Blues. He should work well to support the team on the wings. If the two manage to link up and develop some synergy on the pitch, there’s no telling what the future may hold for the Blues.
Chelsea’s next match is this Saturday, Sept. 12, when the team travels to Goodison Park to battle a tenacious Everton squad.