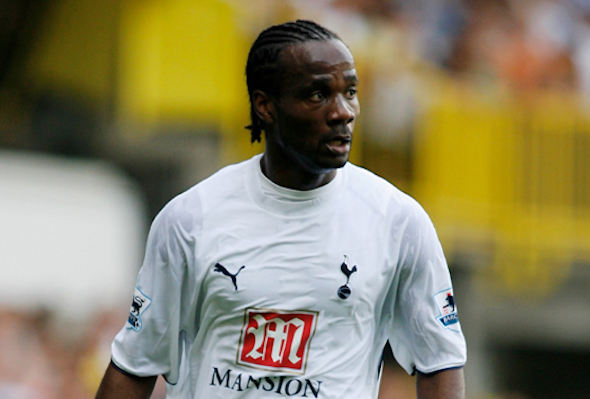 Pascal Chimbonda has warned Ryan Sessegnon that he is unlikely to be a Tottenham regular if he signs from Fulham during the summer window.

The 17-year-old wide player has been in sensational form for the Championship side this season, scoring 14 goals in 40 appearances, including 10 in the last 13 matches.

His performances over the last two seasons have led to inevitable rumours of a move away from Craven Cottage, with Spurs most heavily linked to landing him.

However, former Spurs ace Chimbonda claims that Sessegnon should not move to north London in the upcoming window as he would not play often enough.

“If he comes to Spurs he won’t play regularly or may go out on loan, he will only come on sometimes and that’s really hard for the player. I think he needs to go to a team below Spurs, where he will play football.”

It comes after former Fulham striker and BBC pundit Liam Rosenior insisted on the Totally Football Show that “a deal has been done” to sign Sessegnon as he prepares to make a blockbuster summer move to a Premier League big hitter, amid strong rumours he is heading to Tottenham.

“I think that a deal has been done for Ryan as teams have been in for him,” said Rosenior.

“It’s a Premier League side with strong rumours of Tottenham. I wouldn’t be surprised if other sides have been in for him as well.

“He’s stays at Fulham before moving in the summer, his future is already mapped out.”

If any Championship player, young gun or otherwise, can make the step up from England’s second tier to the Premier League, it is the brilliant Sessegnon, a left back turned left midfield goal machine with the world at his feet. He made the Championship team of the season in his debut campaign as a 16-year-old and is set to do so again a year later. He is not just absurdly precocious, he is probably the best player in the division. Naturally, that doesn’t mean he could play for a Champions League calibre club like Spurs every week, and Sessegnon must be careful to leave a team where he is one of the first names on the teamsheet for one where he won’t be. But Tottenham have an excellent record of developing youthful talent, and a switch to White Hart Lane is far from the career-killer that Chimbonda is making out.