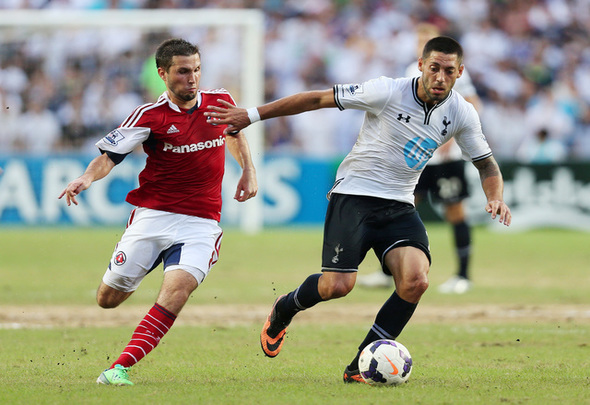 Former Tottenham duo Clint Dempsey and Giovani dos Santos are among the top earners in MLS, according to a report.

The Mirror shared the top 10 highest earners in the United States in their report on Wednesday morning.

The list contains some previous European superstars, including Kaka, who is the highest paid with a yearly salary of £5.6million, while Andrea Pirlo, David Villa and Bastian Schweinsteiger all earn upwards of £4million per year.

However, there is also some surprise inclusions with former Premier League flop Jozy Altidore ranking in eighth on £3.8milion-a-year and his fellow USA international Michael Bradley earns as high as £5.1million.

Dempsey, 34, was certainly a solid acquisition in 2012, but he departed from Tottenham and made his return to the U.S after just one season, returning 12 goals and seven assists in 34 outings for the club.

Meanwhile, Dos Santos, now 27 made the switch to England back in 2008 as a highly rated prospect having graduated through the Barcelona academy and even going on to play for the Spanish giants senior team.

However, he was largely considered a flop at Tottenham and after three goals and three assists in 33 fixtures alongside loan spells at Ipswich, Galatasaray and Racing Santander he was eventually sold to Mallorca in 2012.

In other Tottenham news, Mauricio Pochettino has revealed what Daniel Levy has told him about the club’s summer transfer plans.