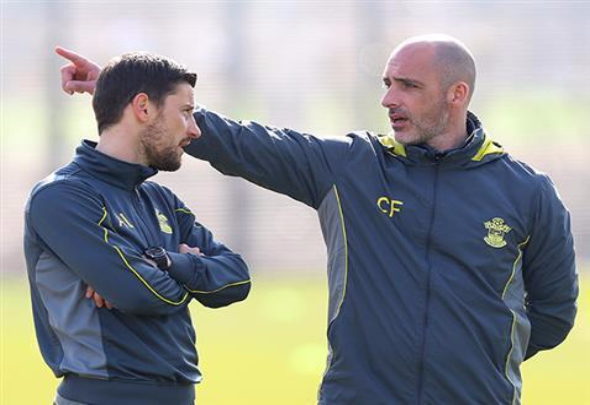 Southampton Under-18s manager Craig Fleming has spoken highly of Tottenham’s youth side ahead of their Under-18 Premier League clash on Saturday.

The former Norwich defender has named Spurs, alongside Chelsea as two of the toughest teams in the league.

The south coast club are renowned for bringing stars up from their academy, including former Tottenham fan favourite Gareth Bale.

The Hampshire club’s coaches praise will be accepted greatly from their Premier League counterparts.

“If it’s anything to go by last year, and historically, it’s probably two of the toughest teams in the league, in Spurs and Chelsea, first up,” said Fleming to the Southampton club website.

Spurs have also got a history of bringing through first team professionals and the north London club have produced Ledley King, Peter Crouch, Harry Kane, Andros Townsend and Sol Campbell.

First team manager Mauricio Pochettino has also got a history of giving young players a chance after his time at Southampton and Tottenham and he has worked with Luke Shaw, Calum Chambers, Eric Dier and current PFA Young Player of the Year Dele Alli.

In other Tottenham team news, Spurs released their official 2016-17 squad number list on Friday afternoon and there were some notable changes.