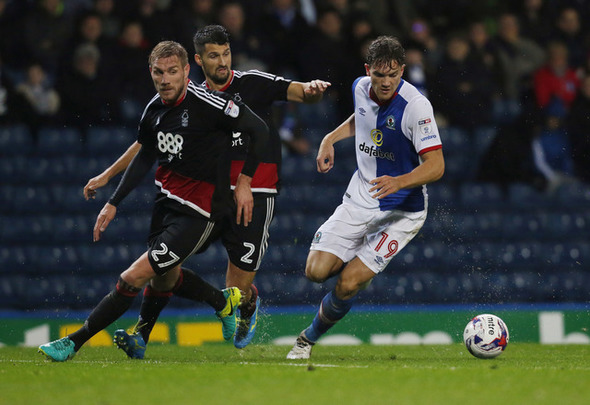 Experienced centre-back Damien Perquis has left Nottingham Forest after mutually agreeing the termination of his contract, it was confirmed on Monday.

The Midlands club’s official website and Twitter account announced that the 33-year-old had ended his stay at the City Ground after joining on a two-year deal just last summer.

📝 #NFFC can confirm that the club and defender @PerquisDamien have agreed to the mutual termination of his contract. https://t.co/maVrLyhurF pic.twitter.com/nIgFn4mwhX

Perquis has had a colourful professional career which has seen him play for such clubs as Saint-Etienne, Sochaux and Real Betis.

His was playing in the MLS with Toronto before joining Forest and he managed 38 appearances in total for the Canadian club.

He has however largely struggled in England and he played 19 times for Forest in the last campaign with his last appearance for the club came in a 1-1 draw against Preston in December where he was brought off at half time.

Perquis will now be looking to kick start his career back up at a new club and the 14-time capped Poland international will want to put his time at Nottingham Forest quickly behind him.

Forest had a disappointing summer window last year, which included a number of foreign imports like Perquis who have since failed to make an impact in England. It was a big reason why the famous side escaped the relegation zone via goal difference and now Mark Warburton must change his side up as he looks to move Forest up the Championship table. Now, Nottingham Forest have not yet added a new centre-back to their ranks, but with the likes of Michael Mancienne, Matt Mills and Jack Hobbs players like Perquis are simply taking up the wage bill and therefore this mutual termination is best for all parties.

In other Nottingham Forest transfer news, the club are planning a raid on their Midlands rivals for international midfielder.