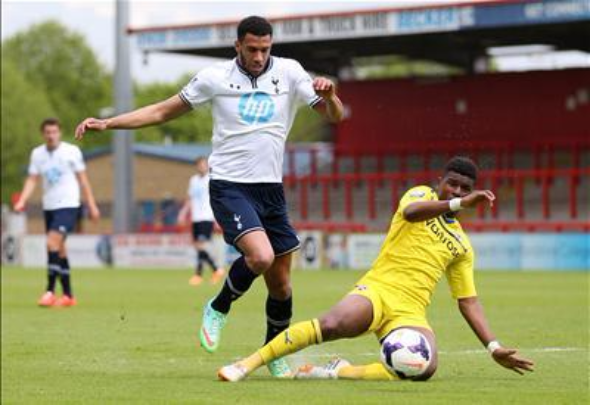 Aston Villa have announced the signing of Reading midfielder Aaron Tshibola on a four-year deal as he becomes the club’s third signing of the summer.

The club revealed on their official website that Tshibola put pen to paper on Sunday morning and has now flown out to Austria to join his new teammates for pre-season training.

The 21-year-old has signed from Championship rivals Reading and becomes manager Roberto Di Matteo’s third signing of the summer after the captures of Tommy Elphick from Bournemouth for £3 million and goalkeeper Pierluigi Gollini from Hellas Verona.

Breaking news: We are delighted to confirm the signing of @AaronTshibola on a four year deal. #AVFC #WelcomeAaron pic.twitter.com/vhepMCBhhs

The Midlands club conceded 76 goals and scored on 27 occasions last term as they were relegated into the second tier.

The club rotated the likes of Ashley Westwood, Jordan Veretout, Idrissa Ghana, Leonardo Bacuna, Carlos Sanchez and Jordan Lyden in the middle of the park but failed to find consistency.

But manager Di Matteo believes the youngster can provide energy and enthusiasm for the club in midfield.

“I am very happy that Aaron has joined,” Di Matteo told the official club website. “He’s a highly-rated and well respected young player who will provide us with plenty of energy, courage and determination in the middle of the park.”

The Italian is hoping the midfielder can cement his place into the team not just for the forthcoming season, but for years beyond that.

“I am confident he will be a tremendous addition to our squad for the very important new season – and beyond.” said Di Matteo.

In other Aston Villa news, the club have rejected a second approach for their winger from Celtic as the club demand a higher transfer fee.